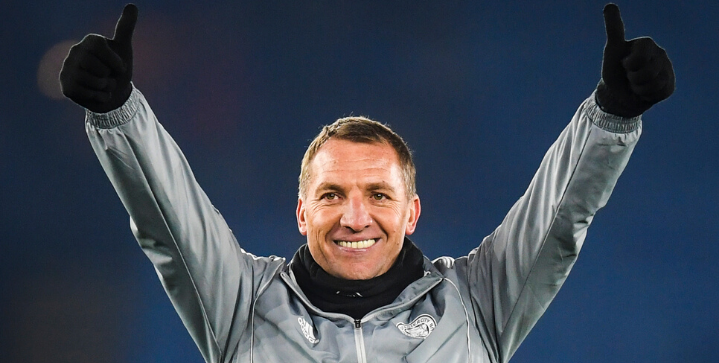 Leicester City have announced that Brendan Rodgers has signed a new five-and-a-half-year contract, keeping him at the club until 2025.

With links to the coaching vacancy at Arsenal, the Foxes felt the urgent need to tie down their boss to a long-term deal.

“Why would I want to leave Leicester City at this moment in time? I’m working with a young group of players with so much potential, that want to improve and want to develop,” Rodgers said before penning his new contract.

“There’s a lot for us to grow and develop over these next few seasons. We’re moving to a new training facility.

“I respect there will always be this speculation around jobs, but I’m very happy here and have great relations with all the people, and I feel I want to continue with that.”

Rodgers has led Leicester to the club’s second most successful season after the amazing 2015/16 title finish.

“Brendan’s qualities as a coach are well-known and evident in the way he has sought to unlock the potential in every member of our exciting young squad,” said Leicester City Chairman Aiyawatt Srivaddhanaprabha on the team’s website.

“But just as important to us is the suitability of Brendan’s wider philosophy to the Club’s established culture and values. He and his staff immersed themselves immediately, building an understanding for the Club and the city and an appreciation for what makes them special.

“That has been a valuable combination over the last nine months – strengthening the bond between our players, staff and supporters – and I’m excited to see how it can continue to enhance our long-term vision for the Club.”

Rodgers’s new £10m-a-year deal puts his salary above Klopp, Lampard, and Solskjaer according to the Sun. He’s now the third most lucrative manager in the league behind Pep Guardiola (£20million-a-year) and Jose Mourinho (£15million-a-year ).

The Northern Irish football coach is enjoying a fantastic run with the Foxes, having won 17 of 26 Premier League matches. He’s also unleashed one of the best attack, midfield, and defenses in the league.

Jamie Vardy leads the Premier League golden boot with 14 goals in 15 game weeks. James Maddison is blooming into of England’s top midfielders. And the Foxes have kept as many clean sheets this season (7) as heavyweights Man City (5) and Liverpool (2) combined.

The Foxes currently sit in second in the table with eight consecutive wins in all competitions. They face Aston Villa away this Sunday.