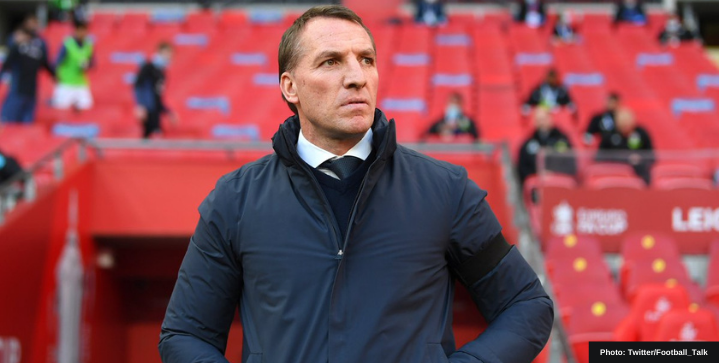 Brendan Rogers is not interested in becoming Tottenham’s next manager, according to Sky Sports. The Northern Irish boss is enjoying his time at Leicester City where he has the Foxes in third place in the Premier League with five games remaining.

Rogers believes that the club are in a pole position to make further strides into Europe as Champions League contenders. The club also faces Chelsea in the FA Cup final next month. The Foxes last won the FA Cup in 1969.

No Rogers, No Nagelsmann: Who will fill the Tottenham vacancy?

Spurs axed Jose Mourinho last week in a bid to save their club from more turmoil. Mourinho lost more games at Tottenham this season than any other club in his professional career. His leadership style also divided the dressing room.

Unfortunately, replacing the “Special One” at Spurs has proved to be a challenge. Tottenham’s first-choice manager, Julian Nagelsmann, took the job at Bayern Munich. With both he and Brendan Rogers out the picture, fans have been wondering who will take the reins at White Hart Lane.

Ten Hag’s Eredivisie-winning Ajax team nearly made it to the Champions League finals two years ago, only to be beaten out by a last-second goal by Spurs.

Allegri is a well-known manager who took Juventus to a record-breaking five consecutive Serie A titles. There’s no denying that Allegri’s success is impressive, but his style of play is not what Spurs fans are used to seeing.

Meanwhile, some think Potter can be Spurs’ next Mauricio Pochettino. He’s been responsible for Brighton’s success the past two seasons, so he has a lot to offer.

These may be the front-runners, but Spurs have plenty of time to find the right manager. It will be interesting to see who they choose.