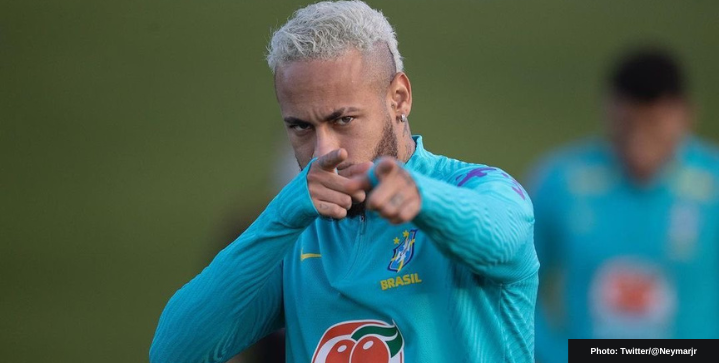 From Pele and Ronaldo to Neymar, Brazil has produced some of the world’s deadliest goal-scorers. But how do the scorers on the national team rank amongst each other? Let’s look at the nation’s top ten prolific strikers.

Ademir groomed his reputation as a clinical finisher in the Rio State League championships at the club level. The top scorer of the 1950 World Cup with 9 goals, Ademir slotted home the first-ever goal at the famous Maracanã stadium. He also dished the first assist to Friaça in the final game, in which Brazil lost 2-1 and was dubbed “Maracanaço,” aka “The Blow of Maracanã.”

It would be criminal if the legendary Ronaldinho didn’t make this list. One of the world’s best-ever wingers and Number 10s, Ronaldinho added 33 goals to his laundry list of achievements for Brazil. The 2002 World Cup winner also produced one of the most memorable goals of the tournament, putting a free-kick worldie of England goalkeeper.

A vital member of the Brazilian national team that won the 1970 FIFA World Cup, Jairzinho scored from the Group Stage all the way through the final. His dizzying speed and strength earned him the nickname “Furacão da Copa” (World Cup Hurricane).

One of the most skillful players of his generation, Rivaldo played an instrumental role in the Seleção’s 2002 World Cup victory. The ever-versatile attacker scored 35 goals in 74 caps for Brazil and became a legend at Barcelona, where he scored one of the best bicycle kicks of all time.

Bebeto made 76 appearances with the Selecao, notching three goals en route to the team’s 1994 World Cup glory. He also celebrated that “rock the baby” goal in the World Cup Quarter-final over Holland. The forward also won two Olympic medals with the national side.

Arguably the best midfielder of his generation, Zico was also a prolific goal-scorer for club and country. He bagged 48 goals for Brazil in 71 appearances and scored a total of 476 career goals in 698 games.

Standing only 5’6 feet, the little Brazilian was a lethal finisher. He won the Golden Ball during the Selecao’s victorious 1994 World Cup tournament and bagged over 750 goals in his career.

Once the best player on the planet, Ronaldo was the perfect combat of speed, dribbling, and finishing elegance. After a shocking 1998 World Cup runners-up trophy, the forward spearheaded the national side to the 2002 World Cup trophy wearing that infamous haircut.

The current face of Brazilian football, Neymar, is already one of the nation’s all-time greats. The 30-year-old forward has already scored 77 goals for Brazil, equaling Pele’s record, and collecting 124 caps along the way. The playmaker is showing no signs of slowing down and needs just one more goal to become the greatest goal-scorer in Brazilian history.

With his goals in Qatar, Neymar also becomes the third Brazilian to score at three different World Cups, joining Pele and Ronaldo.

Undoubtedly the greatest goal scorer in Brazilian history, the legendary striker Pele netted 77 goals for his country, a record that has stood for 51 years. The Brazilian was a true pioneer of the beautiful game, using his speed, dribbling ability, and finishing prowess to score some of the most beautiful goals ever seen.