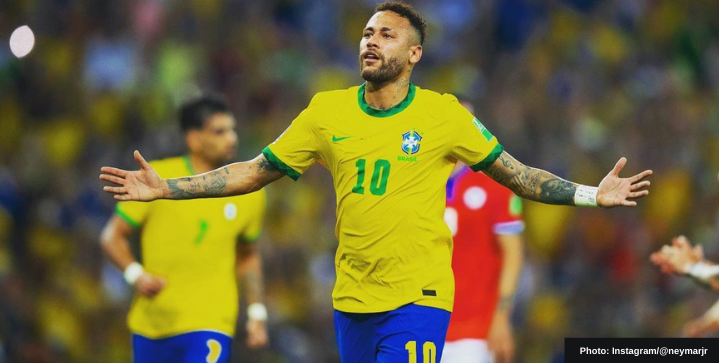 Responsible for some of the best footballers in the world, Brazil has been a mainstay in world football ever since it won its first World Cup in 1958. Here are the team’s most capped players that helped the country get to seven World Cup final appearances.

Recognized as one of the best full-backs to play the game, Cafu guided Brazil to two World Cups titles (2002 as captain), two Copa América titles, and a solitary Confederations Cup. With 142 appearances to the national side, no one will ever forget the sight of Cafu making one of his trademark runs down the right flank threatening the opposition with one of his deadly crosses.

Recognized for his technical skills and pace, the Brazilian right-back Dani Alves is second for national team caps with 127 appearances. Already a collector of numerous silverware at the club level, Alves also won Copa América and two Confederation Cups. He became Brazil’s oldest-ever World Cup player when he captained Brazil against Cameroon at the 2022 World Cup.

With 125 appearances for the Seleção, defender Roberto Carlos helped Brazil win the 2002 World Cup, a Confederations Cup, and a Copa America. The left-back was known for his powerful and bending free kicks that reached up to 105 mph, most notably the rocket he hit against France in a 1997 friendly match.

With 124 caps, 52 assists, and 77 goals for the Brazilian side (currently tied with Pele), Neymar has won the Confederations Cup and Brazil’s first football gold medal at the 2016 Summer Olympics. However, the World Cup remains elusive. The flashy forward that’s won the treble twice with Barcelona is undoubtedly looking to redeem himself in Qatar 2022.

One of the best defenders from the 2010s, Thiago Silva, has made 112 appearances and counting for his national side. A natural leader from the back, Silva won his first piece of silverware for Brazil at the 2013 Confederations Cup. He was also part of the team that won the 2019 Copa America.

At 38 years and 74 days old, Thiago Silva became the oldest player in World Cup history to deliver an assist. He provided Richarlison Brazil’s third goal over South Korea in a Round of 16 match in Qatar.

Regarded as one of the best defenders of the 21st century, Lucio helped Brazil win the 2002 World Cup. Lucio became a stalwart for the international side, captaining the team in the 2006 World Cup and scoring the definitive goal in 2009 that won the Confederations Cup, his second.

A commanding presence between the posts, goalkeeper Cláudio Taffarel played a decade with the Brazilian side. His international trophies include the 1994 World Cup with the Selecao, a runner-up in 1998, and two Copa America victories.

The speedy and technically gifted forward who was once predicted to fill the shoes of Pele, Robinho, earned 100 caps and scored 28 goals for the Selecao. While he went trophyless at the 2006 and 2010 World Cup, he nonetheless won two Confederations Cups and a 2007 Copa América.

Often regarded as one of the best right backs of all-time, Djalma Santos made 99 appearances with the Brazilian side. He participated in four World Cups, winning the country’s first ever in 1958 and helping the team secure another in 1962.

A commander in the midfield, Gilberto Silva seemed to have an intuitive sense for positioning to thwart offensive attacks. Silva was instrumental in the side that won the 2002 World Cup, playing every minute of every match. He also helped the team win two Confederations Cups and Copa America in 2007. 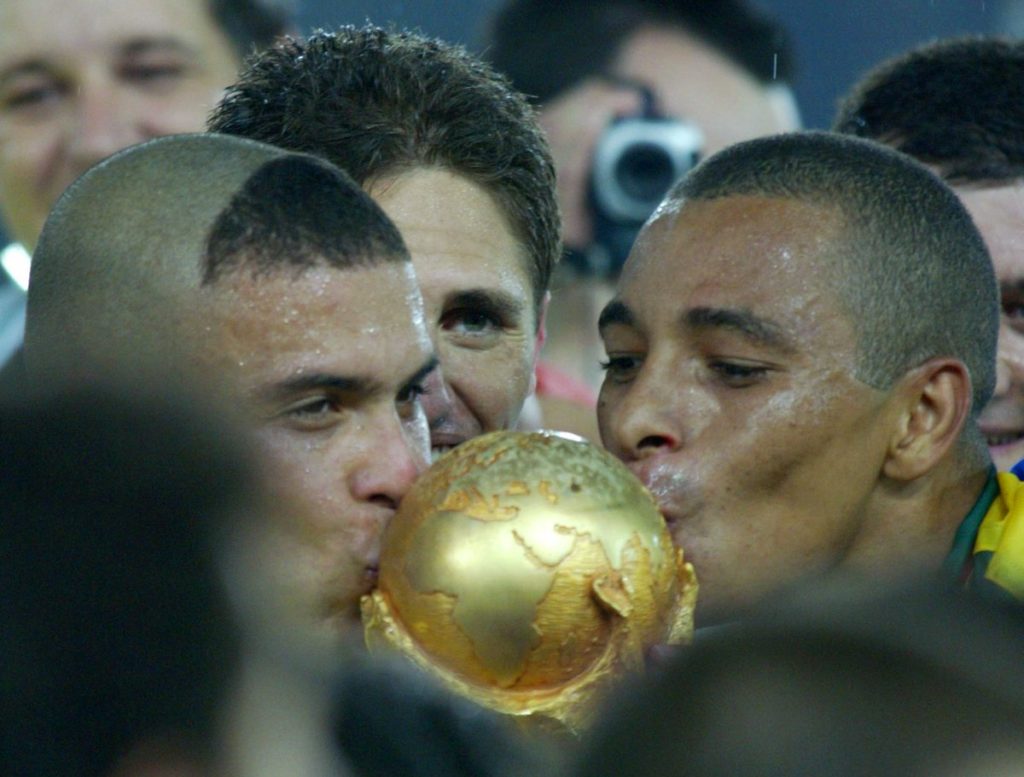 Ronaldo shocked the world with his blend of power, speed, and remarkable dribbling technique. With 98 caps and 62 goals for the Brazilian team, the striker steamrolled his way onto the international stage with two World Cup wins, two Copa America trophies, a Confederations Cup, and 2 Ballon d’Or. Unbelievable, yes.

Deemed one the best of all time for his stellar performances at Barcelona, Ronaldinho’s creativity, skills, and vision were unparalleled. After winning the Copa América in 1999, he joined forces with Ronaldo and Rivaldo to repeat their success of the ‘joga bonito’ in the 2002 World Cup. After captaining the team that won the Confederations Cup in 2005, Ronaldinho’s national career went south along with his club appearances as he seemed to party harder than he did playing football.