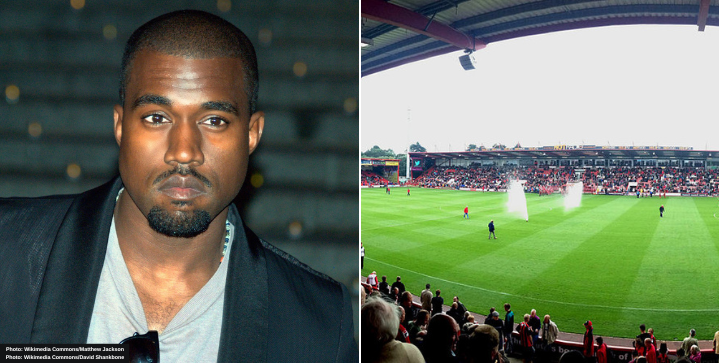 Premier League side AFC Bournemouth will no longer play Kanye’s hit track “Power” before matches after the rapper’s antisemitic remarks. That’s according to the local newspaper Bournemouth Echo.

The Cherries are pulling the plug on using the pregame walkout song they’ve used for several seasons at Vitality Stadium. The decision follows complaints from many of the club’s fans.

The track, which samples Daft Punk’s 2007 single “Harder, Better, Faster, Stronger,” celebrated the team’s rebirth from the Championship into the Premier League.

The Cherries to find new tune after Kanye antics

The American rapper has come under intense scrutiny for his anti-Semitic comments on Twitter and in various interviews over the past few weeks. CNN also reports that West once wanted to name his 2018 album “Hitler”.

Adidas, Balenciaga, and the Gap have all dropped partnerships with the artist over his hate speech. Ye, as Kanye West legally calls himself, immediately lost his billionaire status.

Bournemouth is the first professional sports team to remove Ye’s music from their stadium soundtrack. We suppose other clubs will follow suit.

The Cherries host Tottenham Hostpur at Vitaly Stadium this Saturday. Which anthem should the Cherries replace Ye with?