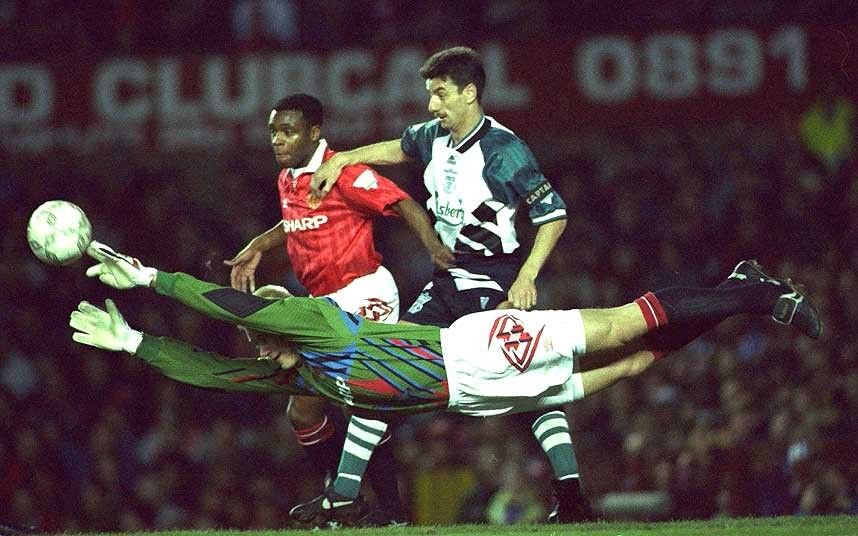 Leicester City won the Premier League title during the 2015 – 2016 season on the backs of former second division players. The astonishing feat opened up the conversation around the best bargain players of all-time. See who makes our list.

Ole Gunnar Solskjaer signed for Manchester United from an unknown club called Molde in Norway 1996 for a transfer fee of £1.5m. Earning the super sub-label and nicknamed ‘The Baby-faced Assassin,’ the striker scored 126 goals in 366 appearances off the bench, including the goal that won his team the 1999 Champions League final.

Perhaps one of the best bargains of the Premier League era, Riyad Mahrez signed for a mere £400,000 from French Division 2 Club Le Havre, where he scored six times in three years. In his first two years with the club, the Algerian winger helped Leicester City win the Championship and then the Premier League, where he earned Premiership player of the year in 2016. He signed with Manchester City for a club record £60 million ($80 million).

A youth star on Atletico Madrid’s youth team that forcibly shut down due to lack of funds, Spanish striker Raul transferred to Real Madrid for free at the age of 15. Raul broke into the Real Madrid first team as a 17-year-old and the rest was history: he finished fifth on the all-time scoring La Liga list and gathered six La Liga Championships, and 3 Champions League wins.

Formerly a player in AC Milan’s reserve team, Wenger picked up Patrick Vieira for £3.5m in 1996 to debut in his inaugural season with Arsenal. The two of them, coach and player, went on to win 3 Premiership titles including one unbeaten season and 4 FA Cups.

Sol Campbell moved to Arsenal from club rival Tottenham in 2001 as a free transfer. Despite the criticism received from Hotspur fans, the center back won two league titles and three FA Cups with the Gunners.

Believing that Andrea Pirlo was past his prime, AC Milan let Pirlo go on a free transfer to club rivals Juventus in 2011. The Italian playmaker helped Juventus get the upper hand in Serie A, winning the league in four successive seasons.

Dubbed “the bargain of the century” by Sir Alex Ferguson, Peter Schmeichel signed to Manchester United from Danish club Brondby in 1991 for £500,000. With an imperious goal presence and quick reflexes, Schmeichel turned out to be one of the all-time greatest goalkeepers. He won a Champions League, five Premiership titles, three FA Cups, and a League Cup during his tenure with the Red Devils.

Paul Pogba signed for Juventus on a free transfer in 2012, only to be sold back to the team who let him go (Manchester United) for what was a record-setting fee in 2016: £89.3m. Pogba was integral to the Italian’s side four-successive Serie A trophies.

Ronaldo signed onto Manchester United from Porto for a €15 million transfer fee which is peanuts compared to the impact he had on the field. He won the Ballon D’Or in 2008 after a successful treble in the Premier League, FA Cup, and Champions League title.

The star forward left Borussia Dortmund on a free transfer to Bayern Munich in 2014. He’s now Bayern Munich’s top non-German scorer with over 100 goals, also reaching the mark faster than any other foreigner.

After 239 appearances for Barcelona, Dani Alves moved to Juventus on a free transfer that saw him continuing his excellence in the right-back position. He helped lead Juventus to the 2017 Champions League final, winning a Serie A total and a Coppa Italia in one season before moving on to Paris Saint-Germain.