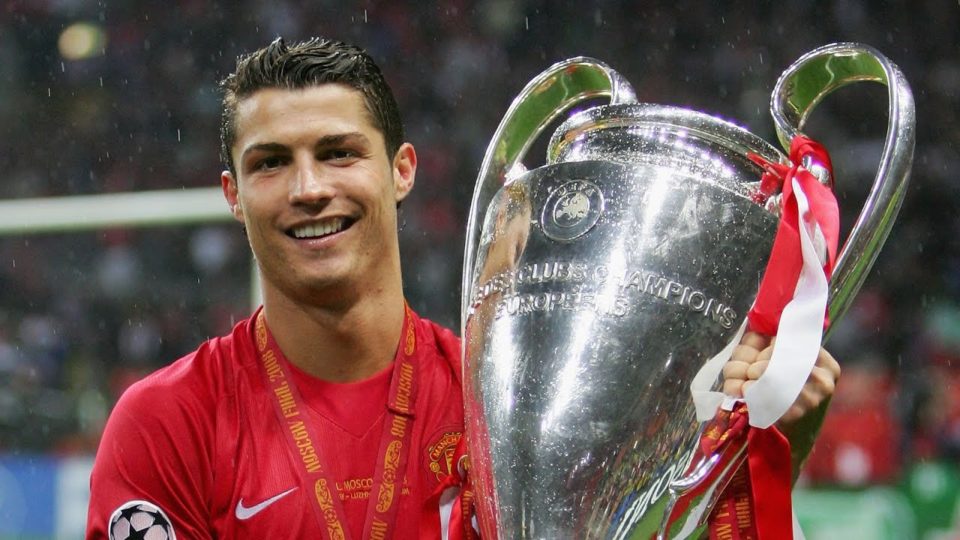 From the flash and dash of Brazilians Ronaldo and Ronaldinho to the technical mastery of Zinedine Zidane, these are the top eleven footballers from the 2000s decade.

Before the Portuguese superstar erupted in the latter half of the early 2000s, there was the Brazilian one: Ronaldo Luís Nazário de Lima. Ronaldo terrorized defenses with incredible acceleration and strength, employing one of his most decorated moves: the feint and step over. With 98 caps and 62 goals for the Brazilian team, the striker steamrolled his way onto the international stage with two World Cup trophies, two Ballon d’Or wins, and winner of La Liga.

Undoubtedly one of the star players of the 2000s, the elegant and footballing maestro Zinedine Zidane won a slew of trophies including a La Liga and Champions league with Real Madrid, two Spanish Cups, and two more Ballon d’Or awards 2000 and 2003, following his first in 1998.

Stamping the world with Joga Bonito, Brazilian midfielder Ronaldinho not only starred in the victorious 2002 World Cup but excelled at club side as well. Ronaldinho scored 70 goals for Barcelona over five seasons. He remains the only player other than Maradona to have received a round of applause from Real Madrid at the Santiago Bernabéu. The smiling superstar won both a Ballon d’Or and FIFA World Player of the year after winning Champions League and second La Liga title 2005.

With 369 appearances and 226 goals, the talismanic French striker starred for the Arsenal side at Highbury in the early 2000s. Finishing as runner-up in the Ballon d’Or in 2003, followed by a third-place finish in 2006, Henry won the Premiership twice and the FA Cup three times. The World Cup winner also snagged another two championships at Barcelona along with a Spanish Cup and a Champions League trophy in 2009. Long live the King.

The attacking midfielder brought an uncanny combination of pace and style to the game of football. Part of the Brazilian side that won the 2002 World Cup, Rivaldo also starred club side for AC Milan where he earned Champions League in 2003 along with a Serie A trophy. However, most of his individual plaudits came in the late 90s where he won the Ballon D’Or and scored 109 goals over five seasons.

Luis Figo came into the 21st century, winning the world’s first Ballon d’Or for his excellence at Barcelona and then Real Madrid. Figo scored 38 goals in 163 appearances for Real Madrid over his five-year career with the club. Playing alongside the other Galacticos Zidane and Ronaldo, he won a Champions League and two La Ligas.

Since signing onto the Manchester United squad in 2003 wearing the number 7 kit, Ronaldo has taken the football world by storm. The Portuguese star seemed to win it all in 2008, including the Treble (Champions League, the Premier League, an FA Cup) topping it off with his first of a record-tying five Ballon d’Or. Ronaldo transferred to Madrid in 2009 to go on another trophy haul, at both club and international level.

The classy and consistent Italian goalkeeper kept a record five clean sheets on his to way to leading the Italian team to its fourth World Cup in 2006. Buffon also has over 500 appearances in for Juventus in which he helped win the team 9 Serie A titles and 5 Coppa Italia titles. Perhaps most significantly, he stuck with Turin side throughout the 2006 Calciopoli match-fixing scandal and won 1 Serie B to move the team back into Serie A.

The graceful athleticism of Kaká was a wonder to watch during his first stint on the AC Milan side from 2003 – 2009. Winner of the Ballon d’Or in 2007, Kaká guided the Rossoneri to a Champions League and a Serie A title and led his national side to a 2002 World Cup trophy.