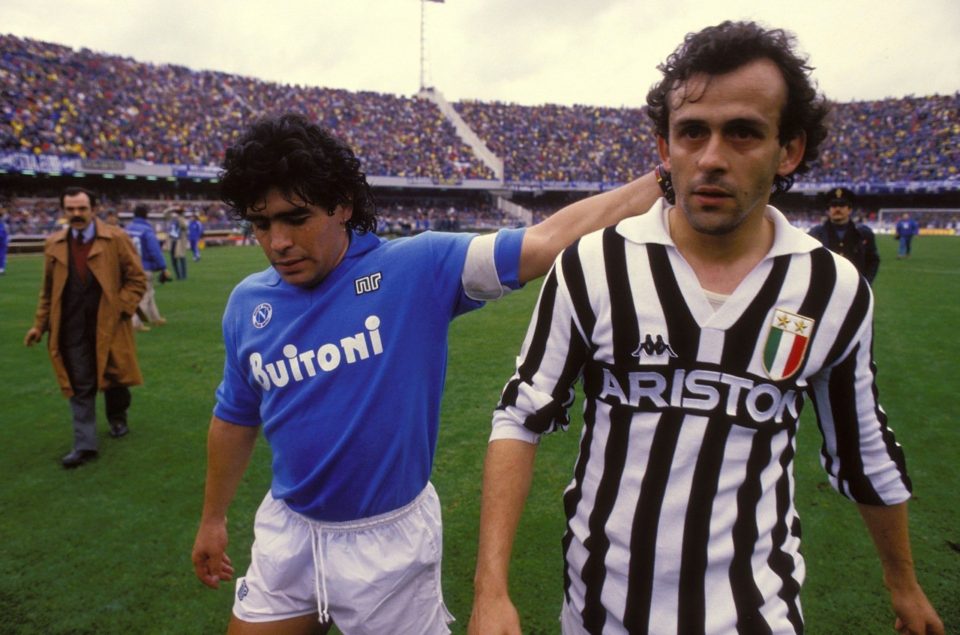 From Diego Maradona to Marco Van Basten, the 1980s produced some of the best individual talents the world of football has ever seen. Here are the most outstanding footballers to play the beautiful game in the 1980s.

A prolific goalscorer, the Dutch striker Marco Van Basten dominated Dutch, Italian, and world football in the 1980s. Winner of two consecutive Ballon d’Or in 1988 and 1989 (he’d win another 1992) with his club side AC Milan, Van Basten’s trophy case also includes a Cup Winners’ Cup and European Golden Boot at Ajax, three Serie A titles and two European Cups with AC Milan and a European championship with Holland in 1988.

Considered one of the best players of all-time, Ruud Gullit enjoyed successful stints with Feyenoord and PSV in the Dutch league before joining forces with compatriots Marco Van Basten and Frank Rijkaard to dominate the Serie A table. Winner of the 1987 Ballon d’Or, the ever-versatile Gullit captained the Dutch side to its first significant trophy in Euro 1988 along with filling the trophy case with three Serie A titles and two European Cups with AC Milan.

A three-time consecutive Golden Ball winner, the skillful and intelligent French midfielder Michel Platini captained France to the country’s first international title in Euro 1984, scoring 41 goals. But his club efforts were far more impactful — he won the Serie A twice, the Coppa Italia, the Cup Winners’ Cup, and the 1985 European Cup in which he scored the game’s only goal. He netted 68 strikes in his five-year spell at Juventus.

The one-club defender Franco Baresi spent his entire 20-year career with AC Milan, becoming one of the best defenders of all-time. At the San Siro, he won three Champions League titles, six Italian league titles, and four Supercoppa Italian trophies, and more. He also helped guide Italy to its 1982 World Cup with a third-place finish in 1990 and a runner-up in 1994. He also finished runner-up in the 1989 Ballon d’Or.

The German midfielder Lothar Matthaus played in five World Cups, winning the one in 1990, and notching the most appearances with 150. A superb all-around player and Ballon d’Or winner, he hauled in domestic league trophies from Bayern Munich and Inter Milan with only the Champions League eluding him.

The attacking midfielder Socrates was one of the best midfielders ever to play the game. With a majestic touch and an epic hack heel pass, he took Brazil to two World Cups where he scored 22 goals. He made 297 appearances for the Corinthians where he bagged 172 goals.

The German striker Karl-Heinz Rummenigge collected 85 caps for the West German side through three World Cups, scoring a total of 45 goals. Consistently the Bundesliga top-scoring striker, he bagged over 200 goals in his decade-long career at Bayern Munich before moving on to Inter Milan.