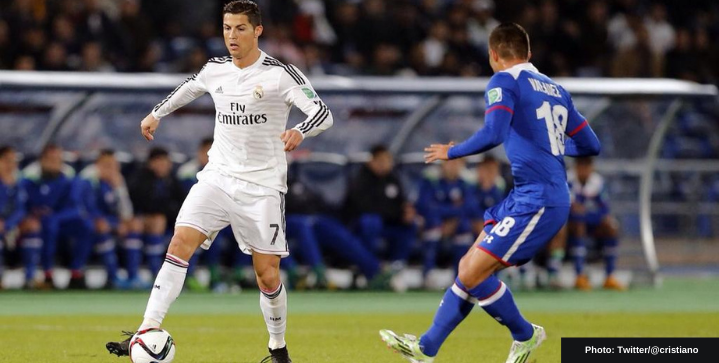 One of the most decorated team’s in world football, Real Madrid has featured some of the best forwards in the world including the likes of Cristiano Ronaldo, Brazilian Ronaldo, Raul, and Karim Benzema.

Here we present the best Real Madrid strikers of all-time.

Considered one of the greatest Spanish players for ll time for his ball control and a knack for goal, Raul broke into the Real Madrid first team as a 17-year-old. The rest is history. He spent 16 years with Los Blancos, scoring 323 goals which ranks him fifth on the all-time scoring La Liga list behind Ronaldo and Messi. The 6-time La Liga Champion also starred in 3 Champions League wins and four Spanish Super Cups.

In a seven-year career at the Bernabeu from 1985 to 1992, the Mexican striker won five consecutive league titles, a Spanish Cup, and the UEFA Cup. A prolific and spectacular goal-scorer, he fired 164 goals in the domestic league, 38 of which he snagged during the 1989-90 season.

Karim Benzema has been an absolute gem for Los Blancos. In his 12 years and 602 caps with the club, the crafty and mighty forward has scored 323 goals. He’s also played an integral role in squads that have won 4 Champions League, 4 La Liga, and 2 Copa Del Rey.

The 34-year-old is still in great form, having bagged a goal a game this 2021/22 season, including pivotal back-to-back hat tricks in the Champions League knockout stages.

Part of the Galácticos era which saw teammates Zidane, Beckham, and Roberto Carlos join the squad, Ronaldo played 5 years with Los Blancos where he scored over 100 goals. Following his second Ballon d’Or in 2002, he won La Liga with Real where he also finished as top scorer in the league.

The Welsh forward scored one of the most memorable goals in Champions League history — a bicycle kick that sealed the victory for Real Madrid against Liverpool in 2018. A four-time Champions League winner, he’s collected three La Liga titles and multiple cup trophies. With 18 pieces of silverware to his name, plus 106 goals and 67 assists in 258 appearances for Los Blancos — by the way, that’s more trophies than Zidane, more assists than Beckham, and more goals than Ronaldo Nazario — Bale, love him or hate him, is a Madrid legend.

The prolific scoring Dutchman Ruud van Nistelrooy bagged 64 goals in his 96 caps with Real Madrid. He was the team’s top scorer in the 2006-07 season. A two-time La Liga champion, he, unfortunately, suffered injuries in the latter half of his tenure for the club.