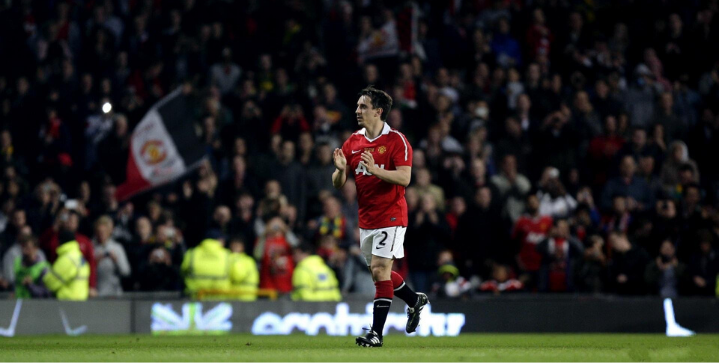 One of the most evolving positions in football, let’s take a look at the 10 best right-backs of the Premier League era.

It may be a bit premature to include Manchester United’s right-back Aaron Wan Bissaka on this list.

But the 22-year-old right-back appears to be the real deal.

Once the Crystal Palace Player of the Year during the 2018-19 season, Aaron Wan-Bissaka has already hit the ground running with Premier League giants Manchester United. He signed for the Red Devils on a fee of £45 million last year.

Nicknamed The Spider, the pacy 22-year-old right-back is a pick-pocketing machine. He’s already completed 99 tackles so far this season with only 13 fouls conceded.

Chelsea’s 2013-14 Player of the Year, Cesar Azpilicueta has been a reliable full-back in North London.

The Spaniard has helped the Blues to two Premier League titles, two Europa League trophies, and an FA Cup.

The captain of Chelsea, Azpilicueta has only missed 6 matches in eight seasons. Remarkable representation.

Once the world’s most expensive defender after signing with Manchester City from Tottenham for £53m in 2017, Kyle Walker has proved his worth.

Man City boss Pep Guardiola once called him the best right back in the world.

The ever-versatile 29-year-old even played goalkeeper when Claudio Bravo was red-carded in Manchester City’s clash with Atalanta in November 2019. Walker helped City earn a draw.

A member of the 49-game unbeaten Invincibles team, right-back Lauren was a warrior on the pitch.

“I had a fight with Thierry, Thierry with Martin, Patrick with Freddie. We were all very competitive & we were all fighting because we all had big egos, big personalities but by the time the games arrived, we were fighting for the same goal,” said Lauren.

Possibly one of the most underrated right-backs in the Premier League, Bacary Sagna enjoyed 7 years at Arsenal before shifting to Manchester City.

Solid defensively with some attacking flair, he never let his team down at the back post. He’d be further up the list if he’d won more trophies.

Zabaleta earned over 200 caps with Man City, winning 2 Premier Leagues, an FA Cup, 2 English Cups, along with English Super Cup trophy. Known as the heartbeat of the club, the once Man City captain will always be remembered in City history.

The big Serbian right-back was known to score vital goals when his team needed him most, such as the one the game-winning goal in the 2013 Europa League final.

The right-back made 616 appearances in his 14-year career at Arsenal, helping the team win the league and cup double twice during Wenger’s tenure. Although a defender he had an attacker’s mindset and scored 28 goals in his career.

Already considered the best right-back in football, Arnold continues to demonstrate his excellence as a comprehensive defender and key assist man — he earned the most assists by a defender during the 2018/19 Premier League last season.

Despite all his early success, “I’m just a normal lad from Liverpool whose dream has just come true,” he likes to say.

Sir Alex Ferguson once described him as “the best English Right-Back of his generation”.