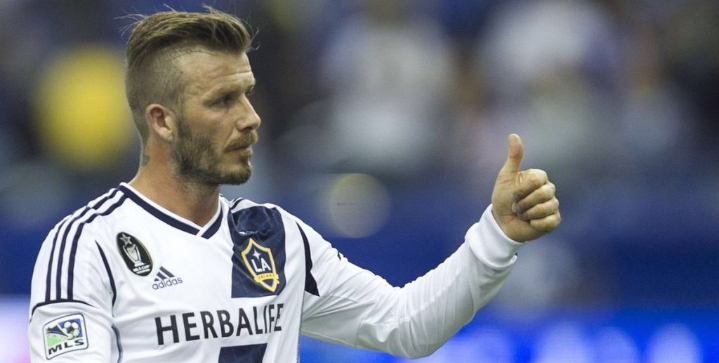 Ever since Major League Soccer (MLS) debuted in 1993, it has been responsible for grooming some of the US Men’s National Teams best stars such as Cobi Jones, Tim Howard, and Landon Donovan, while also signing up some of the world’s best players like David Beckham and Zlatan Ibrahomivic. Here are the best MLS players to-date.

The imperious American goalie Tim Howard started his professional career the New York Metro Stars (now Red Bulls) and returned to the MLS after 13 years in the English Premierships playing for both Manchester United and Everton. In his first stint with the New York/New Jersey MetroStars, he won the 2001 MLS Goalkeeper of the Year award, making an impressive 146 season saves along with four shutouts. He has so far earned 66 caps with the Colorado Rapids even since returning to the MLS in 2016.

The most capped player on the U.S. Men’s National Team, Cobi Jones signed with the Los Angeles Galaxy Ito help kick off the MLS first season in existence. The dreadlock hairstyled midfielder earned 306 caps with the Galaxy and scored 70 goals. During his peak in 1998, he recorded 19 goals and 13 assists, consequently named to the MLS best that year along with being awarded the US Soccer Athlete of the Year.

The Spaniard David Villa scored the first-ever goal for the New York City Football club in his debut year in 2004. Scoring 23 goals in the 2016 season, Villa won MLS player of the year. He’s earned over 100 caps in his four years with the club, as he continues to march toward a centennial bucket of goals.

The pacey American forward played for both the San Jose Earthquakes and the LA Galaxy in his 13 years in the MLS. In his four years with the Earthquakes, he notched 32 goals and provided 29 assists, while also winning the 2001 and 2003 MLS championships. His tenure at Los Angeles Galaxy saw him score over 100 goals in 253 appearances, along with 4 MLS Cups.

The box to box American midfielder who started his career with the New York/New Jersey MetroStars has become a sensation upon his return to the league in 2014 with Toronto FC. A 2x Canadian Cup Winner well over 100 caps, he’s also helped his team win its first-ever MLS Cup and Supporters’ Shield in 2017.

The Irish forward Robbie Keane spent five years with the LA Galaxy where he earned over 100 caps and scored 83 goals. The cornerstone of the Galaxy frontmen, he spearheaded the team to 3 MLS Cups along with fellow teammates David Beckham and Landon Donovan. He earned the league’s MVP award in 2014.

The Italian forward Sebastian Giovinco has played three seasons with Toronto FC, helping lead the team to its first-ever MLS Cup and Supporters Shield in 2017. A crafty player with top pace, he’s earned over 100 caps with the club and scored nearly 70 domestic goals.

World football star David Beckham moved to LA Galaxy in 2007 in a reported deal of $250 million, including his $32.5 million contract with the Galaxy and sponsorship deals. Beckham played over five years with the Galaxy, making nearly 100 appearances. While a rift with Landon Donovan over Beckham’s leadership qualities stained his time in LA, the pair won 3 consecutive MLS Champions together becoming one of the most successful MLS franchises in history.

The King of Arsenal Thierry Henry moved over to the New York Red Bulls after a 3-year stint with FC Barcelona. The majestic striker played four years with the club, earning 122 domestic caps and scoring over 50 goals. In his last season with the club, he helped the Red Bulls achieve their first-ever MLS Supporters’ Shield.

The American forward spent five years with the Seattle Sounders, making 115 appearances and scoring nearly 50 MLS-league goals. Although interrupted with an irregular heartbeat that put him out a year, he returned in 2017 to earn the MLS Comeback Player of the Year. He helped the Sounders win one MLS Cup and US Open Cup.

The powerful world-class striker Zlatan Ibrahimović set the league on fire on his debut when he scored a ridiculous wondergoal from 40-yards out in addition to sealing the game-winner in the team’s victory in the inaugrual derby against crosstown rivals LAFC. Now in his second year, we can expect even more beautiful goals from the lion, Zlatan.