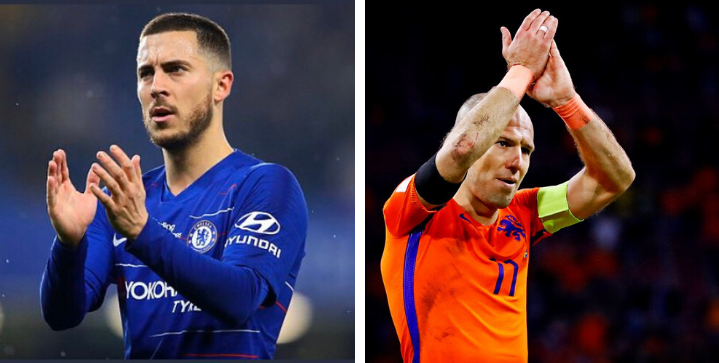 From the likes of Andres Iniesta, Paul Pogba, to more recent additions like N’Golo Kanté, the talent at the midfield position continues to evolve. Who is your top midfield maestro? Check out our top 11 selections below.

Before setting the highest transfer of all-time £89.3m in 2016, Paul Pogba won four-successive Serie A trophies at Juventus. Now the engine of the Red Devils, Paul Pogba is always keen on goal. With his infectious energy and leadership, Pogba helped guide Man U to an EFL Cup and a UEFA Europa League triumph. He also led France to its second World Cup trophy ever in 2018. Surely, the playmaker plans to add even more silverware to his trophy case.

Winner of the Champions League four times in five years and runner-up in the 2018 World Cup, Luka Modric is on a tear. The classy midfielder won FIFA’s “Best Player” award and UEFA Men’s Player of the Year Award in 2018 and is certainly on the shortlist for this year’s Ballon d’Or. A six-time Croatian Footballer of the Year, the 33-year old captain now has 115 caps with the national side.

The German midfielder Toni Kroos has been one of the most consistent and industrious players of the past decade. He played a vital role in Bayern Munich’s 2012-2013 Treble, was a star in Germany’s 2014 World Cup victory, and has helped Real Madrid in three consecutive Champions League trophies.

Sealing the World Cup with a strike in the 116th minute, Andres Iniesta will forever be enshrined in Spain’s football glory. But his artistry for Barcelona was consistently stunning. The creative midfielder won four Champions League titles (two this decade), nine La Liga titles, and finished his career with six Spanish Cups.

The comprehensive midfielder has played his entire professional 8-year career with Barcelona. His ability to read the game combined with his pace has contributed to the team’s 3 Champions League titles, 7 La Liga titles, and 6 Spanish cups. Busquets also Spain to the World Cup title in 2010.

A world-class midfielder, Ivan Rakitić has enjoyed a string of successes at both club and the international level. He won the Treble — Champions League, La Liga, and Copa del Rey in his first season with the Catalan giants Barcelona. He had won the Europa League with Sevilla just the year before. But making the 2018 World Cup finals where he also earned his 100th cap, must go down as one his finest moments.

Before heading to Arsenal in the 2013 season, Mesut Özil starred for Los Blancos where he morphed into an important assist provider, providing 25 of them in his first year alone. He helped the side win La Liga and a Copa Del Rey. He’s also won three FA Cups as a Gunner and starred in Germany’s route to the World Cup trophy 2014.

The Belgian transformed into the ultimate midfielder for The Blues. Nicknamed the “Belgian Messi,” Eden Hazard’s speed and ball control were second to none at Stamford Bridge.

The Dutch footballer has spent a bright nine seasons with Bayern Munich, capping off with an unforgettable 89-minute goal against Borussia Dortmund to win the Champions League in 2012. The attacking midfielder has scored over 100 goals for Bayern, powering Bayern to six Bundesliga titles, four DFB Cups and the Champions League treble. Perhaps the only trophy missing from Robben’s grasp is a World Cup, where Holland finished runner-up in 2010.

Often overlooked for his selfless posture of play, N’golo Kanté is they typically the most industrious player on the field. He won back-to-back Premier League titles in his first two seasons in the Premier League, the first with the improbable Leicester City and the second with Chelsea. He’ll make his 100th appearance with The Blues in 2018. He also helped France win the World Cup in 2018.