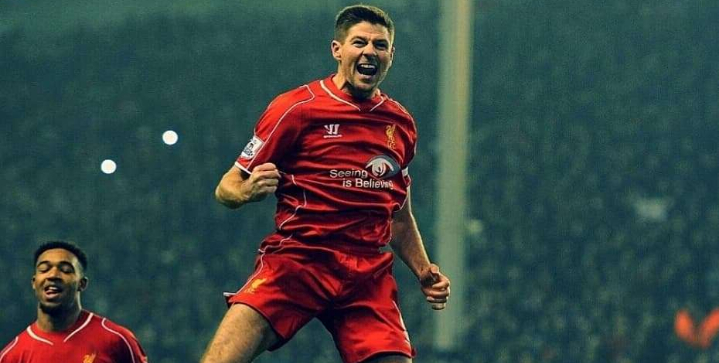 When it comes to the best midfielders of the 2000s, it’s not surprising that a couple of footballers like Zinedine Zidane and Paul Scholes are crossovers of excellence from the previous decade. But most of the faces appearing on this list emerged after the century mark to become all-star players themselves.

A creative visionary, Xavi epitomized the short pass and move philosophy of the tiki-taka. In his 17 year spell for the Catalonia side, he won 8 Spanish titles, 6 Copa Del Rey, and 4 Champions League trophies. With 133 appearances for Spain, Xavi also played an instrumental role in helping his country win its first title since 1964 with the UEFA Euro 2008. With his incredible vision — he dished 599 passes with a 91% success rate — and his ability to get stuck in, Xavi also helped power the team to the 2010 World Cup.

After winning two Serie A titles at Juventus, the Frenchman signed for Real Madrid in 2001 as the club’s second Galáctico for a world record transfer of 77.5 Euros. Zidane’s impact was immediate, scoring a hallmark volley with his left foot in the Champions League final against Bayer Leverkusen. He won La Liga the following year, along with his Ballon d’Or. One of the greatest footballers of all time, he retired in 2006 with 155 appearances and 37 goals. As Real Madrid’s coach for nearly three years, Zidane won 3 Champions Leagues and one La Liga, equaling nine trophies in total.

Paul Scholes played his entire career with Manchester United encompassing 700 games and scoring 155 goals, the latter making him the 10th leading club scorer of all time. His on-field intelligence and versatility made him the complete player. A decorated player, he won a total of 25 trophies for the club including 11 Premier League titles, 2 FA Cups, and 2 Champions League trophies. His 155 goals make him the 10th leading club scorer of all-time

Stamping the world with Joga Bonito, Brazilian midfielder Ronaldinho not only starred in the victorious 2002 World Cup but excelled club side as well. Ronaldinho scored 70 goals for the Catalan side over five seasons. He remains the only player other than Maradona to have received a round of applause from Real Madrid at the Santiago Bernabéu. The smiling superstar won both a Ballon d’Or and FIFA World Player of the year after winning Champions League and second La Liga title 2005.

Kaka played six years at the San Siro as an attacking midfielder, earning over 200 domestic league caps and notching nearly 100 goals. The 2007 Ballon d’Or winner was virtually unstoppable in his prime, where also won Champions League in 2007, along with an Italian Championship, Italian Super Cup, a UEFA Supercup. He also won the 2002 World Cup with Brazil.

The Liverpool stalwart Steven Gerrard made over 500 appearances for his boyhood club. He will forever be enshrined in The Reds folklore for sparking the amazing comeback to beat AC Milan 4-3 in the 2005 Champions League final. Earning the nickname Captain Fantastic, the only trophy to elude the versatile midfielder was a Premier League title.

“Super Frankie Lampard,” as came to be known among the Chelsea faithful, is still the only midfielder to score 150 or more goals in the Premier League. The goal-scoring legend also had a knack for setting up his teammates, registering 102 assists in his 13 years at Chelsea. The 3-time Chelsea player of the season and Champions League winner once finished runner-up to Ronaldinho to Ballon d’Or in 2005.
Bastian Schweinsteiger

The midfield maestro Andrea Pirlo catalyzed the Red and Blacks during their two Champions League victories in 2003 and 2007. A composed player, Pirlo made up for his lack of speed with his on-field intelligence, his ability to find space when dribbling, and his swift passing ability. He was also a free-kick master. Pirlo helped Italy achieve its 4th World Cup in 2006. Over 13 years with the national side, the midfield maestro earned 116 caps and scored 13 goals.

A complete midfielder, Bastian Schweinsteiger orchestrated the Munich midfield for 17 years. He won 8 German league titles, 7 German cups, and completed the treble with a 2013 Champions League trophy. Known as the ‘Fußballgott,’ he scored 45 goals in 342 domestic appearances with the Bavarian side. Schweinsteiger also starred on the side that won the 2014 World Cup, during which he made his 100th team appearance.

A graduate of Barcelona’s youth academy La Masia, Cesc Fabregas returned to Barcelona from Arsenal to play first-team football in 2011. During his 3-year tenure at Nou Camp, he helped the team win La Liga, a Spanish Cup, and two Spanish Super Cups. He also won the 2010 World Cup.