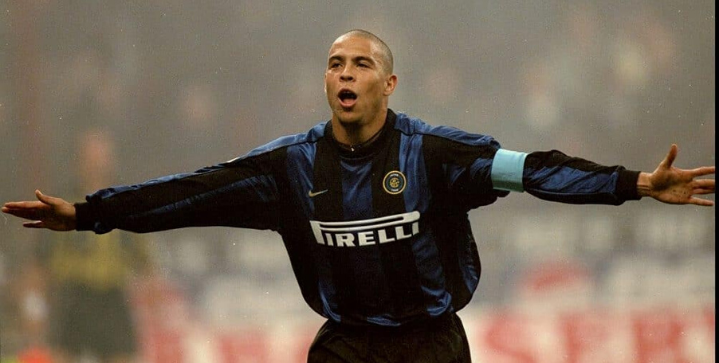 With three Champions League trophies and 18 league titles, Inter Milan is one of the world’s most successful clubs. Not surprisingly, the team is responsible for fielding some of the best strikers in world football. Let’s take a look at the best eleven frontmen.

The Argentina striker Diego Milito played well over 100 games for Internazionale, scoring two goals in the Champions League final over Bayern Munich to complete the Treble, which includes a Seria A and Copa Italia. Although the latter half of his scoring record with the Nerazzurri wasn’t as prolific, he still bagged a total 75 goals before transferring back to Racing Club where he started his professional career.

A prolific goal-scorer for Inter Milan, Christian Vieri netted 123 goals in 190 matches before slowing down due to injury. He was the highest goal-scorer in the league for the 2002 – 2003 season, the engine of the Nerazzurri attack, but too briefly the face of Inter. He twice finished runners-up to the Scudetto and only managed to snag the Copa Italia at the end of his Inter career.

Hampered by injuries that cut short an impactful career at Inter Milan, Ronaldo nonetheless excelled in the 99 caps and 58 goals he scored for Internazionale in what was then the hardest league in the world. His one piece of silverware includes the 1998 UEFA Cup. A new breed of striker, Ronaldo O Fenômeno “The Phenomenon” deserves his spot on the list.

The powerful Brazilian striker Adriano enjoyed two stints with Inter, his second a five-year career that saw him win four consecutive Serie A titles and two Coppa Italia. Although his last two years were less prolific, he scored 59 goals in his first three seasons with the club.

Second on Inter’s all-time leading scoring list with 192 goals, the Italian Alessandro Altobelli was often considered the complete striker. His triumphs include one Scudetto and two Coppa Italia trophies.

An excellent all-around forward, Robert Boninsegna played seven seasons with the Nerazzurri where he bagged a century’s worth of goals in 167 games. He finished as top scorer in Serie A for two consecutive seasons from 1970 to 1972 and helped Inter snag two domestic titles and one Coppa Italia.

With 143 goals in 314 appearances for Inter, Benito Lorenzi led the side to back to back Scudetto in 1953 and 1954. But he was also mischevious on the defensive end. He was known to have placed a lemon thrown at him by an AC Milan fan underneath the ball prior to a Rossoneri penalty kick. The ball sailed into the stands and Inter won the derby.

The one-club man Sandro Mazzola spent 17 years with Inter where he won four Serie A and two European Cups. He finished second in the Ballon d’Or behind the legendary Johan Cruyff in 1971.

Often regarded as one of Italy’s greatest players of all-time, the inventive and clever player Giuseppe Meazza scored 284 goals with Inter Milan in 391 matches. The two-time World Cup winner led the Nerazzurri to three Scudetto and one Italian Cup.