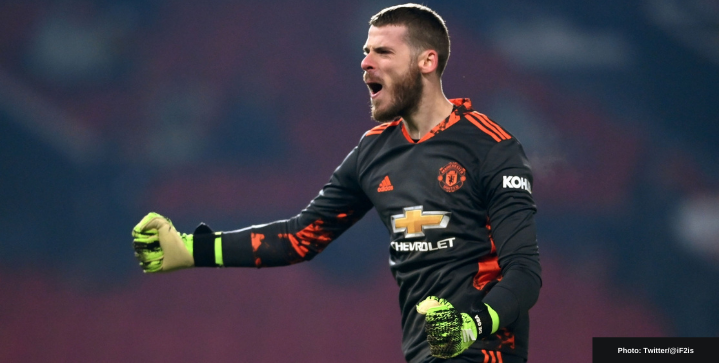 According to the legendary player and coach Johan Cruyff, “the goalie is the first attacker.”The man between the sticks is indispensable to team success. Here are some of today’s best goalies as we close out the decade.

With three seasons as the Atleti goalie, the 6’6 Belgian Thibaut Courtois morphed into one of the best shot-stoppers in football. On loan from Chelsea while Petr Čech wrapped up his Chelsea career, Courtois helped Atleti win the Europa League in 2012, the League Cup the following year, and La Liga in 2014. However, he lost the Champions League final to Real Madrid in 2014.

The Spanish goalkeeper has been one of the best goalkeepers in the world since he joined the Red Devils in 2011, producing a highlight reel of stunning saves and exception shot-blocks. He’s won the Premier League, an FA Cup, the Europa League, an English Cup, and three Super Cups during his tenure at Manchester United.

If he’s going to keep playing, he deserves to be on the list. With 176 appearances, Gianluigi Buffon is Italy’s most capped player of all-time. He recorded a record five clean sheets during Italy’s road to the World Cup trophy in 2006. Buffon also has over 500 appearances in the Juventus kit, a team he helped win nine Serie A titles and five Coppa Italia titles. Now in his 23rd year of professional football, Buffon now starts for Paris St. Germain.

Real Madrid signed the Costa Rican in 2014 for €10 million to fill the gloves of legendary goalkeeper Iker Casillas. Navas has made an impressive 146 starts with Los Blancos, winning La Liga and Champions League the last three years in a row. He’s also earned CONCACAF Player of the year twice in his 83 caps with his national side, Costa Rica.

Known for making critical saves, the German international has excellent ball control and can also operate as a sweeper-keeper like compatriot Manuel Neuer. Now in his fourth season with Barcelona with three league titles and four Copa del Rey, he’s quacking becoming one of the best goalies in the world.

With superb reflexes and ball distribution, Hugo Lloris won Goalkeeper of the Year in Ligue 1 for three consecutive seasons before moving to the Premier League to start for Tottenham. The French goalie featured for the French side that won the World Cup in 2018.

Signing to Liverpool in 2018 for a £67m fee, the Brazilian goalie Alisson helped Liverpool secure the 2018/19 Champions League title and its first Premier League title in three decades the following season. “Alisson Becker is the best goalkeeper in the world for me,” Klopp said during the 2021/22 season. “There are goalkeepers who are very good, but this goalkeeper is crazy.”

Alisson looks to add another Champions League title to his resume this 2021/2022 season in the team’s revenge battle against Real Madrid.

Once rated the best goalkeeper in the Portuguese league, The Slovenian goalkeeper Jan Oblak moved on to Atletico Madrid where he’s continued to support the backline with his superb shot-blocking ability. With 50 clean sheets in 157 games and a Europa League trophy in 2018, he’s looking to solidify his consistency again this season.

The physical and agile English goalie Joe Hart played for Manchester City during the relaunch of their most successful years after Sheikh Mansour bin Zayed al-Nahyan bought the team for £210 million in 2008. Hart helped the team win two Premier League titles, an FA Cup, and two Football League Cups as a starter.

Best goalkeepers of the 1990s

The Best Chivas Players of All-Time