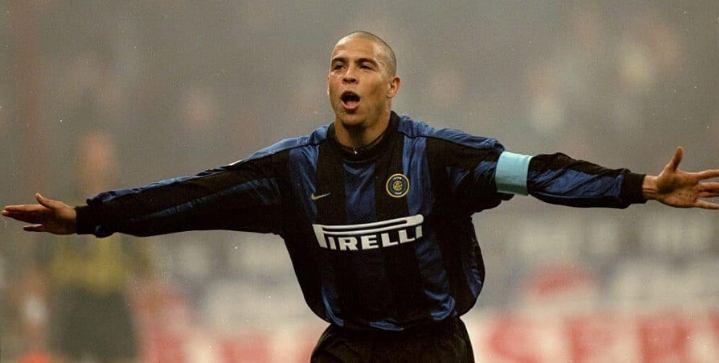 From Raul, Roberto Baggio, to Ronaldo, most of the creative and clinical finishers from the 1990s played in the Italian and Spanish Leagues. Let’s take a look back the eleven best strikers as curated by this site.

After starring at Fiorentina in the late 80s, Baggio moved on to rivals Juventus in 1990 where he continued his magic display. The prolific goal-scorer nailed 78 goals in 141 matches in Turin over five years, winning both the UEFA Cup and the Ballon d’Or in 1993. Despite his greatness, he missed out on a Champions League trophy and most famously, missed a penalty that gave Brazil the World Cup in 1994.

After a successful stint scoring 54 goals in 58 games with Dutch side PSV, Ronaldo spent one prolific year at Barcelona for a year where he scored 47 times in 49 games in addition to snatching a Copa del Rey, a UEFA Cup Winners’ Cup, and a Supercopa de España in 1996. Hampered by injuries that cut short an impactful career at Inter Milan, Ronaldo nonetheless excelled in the 99 caps and 58 goals he scored for Internazionale in what was then the hardest league in the world. O Fenômeno also collected two World Cup trophies in his career, one in 1994 and another in 2002 where he played an indispensable role.

Regarded as one of the greatest footballers of all time in the 1980s, Marco van Basten continued that streak well into the 90s. He played six years for the Rossoneri bowing out with 201 domestic league appearances and 124 goals to his name. During his time at the San Siro, he won the 1992 Ballon d’Or, a pair of European Cups, 3 Italian Cups, and was a 2-time UEFA Supercup winner.

Nicknamed “The Ferrari,” Raul will forever be remembered for powering his way through defenses and scoring with sublime accuracy. He spent 16 years with Real Madrid, scoring 323 goals which rank him fifth on the all-time scoring La Liga list behind Ronaldo and Messi. The six-time La Liga Champion also starred in 3 Champions League wins and four Spanish Super Cups.

A former Ballon d’Or winner at Paris Saint-Germain, the center-forward George Weah went on to power the AC Milan side in the latter half of the 1990s to two league titles in his five years at the San Siro. He earned 147 domestic league appearances and scored 58 goals.

The Argentinian striker Gabriel Batistuta played the entire decade at Fiorentina, netting 207 goals in 333 games. An outstanding all-around footballer with devastating finishing skills, Batistuta also scored 54 times for his national side before Lionel Messi broke the record in 2016.

Winner of the Golden Boot in the 1998 World Cup, Davor Suker scored six goals in just seven matches, where he also lead his team to a third-place finish. The Croatian striker was also a prolific scorer at the club level, scoring 49 goals in 106 games for Real Madrid where he also won a Champions League title in 1998. He helped turn Croatia into the legitimate footballing nation it is today.

Alessandro Del Piero aka ‘Mr. Juventus’, helped the Turin side win a total of three league titles in the 90s (he’d win five more the following decade) and a 1996 Champions League trophy. A creative attacker who donned the number 10 following in the footsteps of Platini and Baggio, Del Piero was made a Ballon d’Or finalist each year from 1995 – 1999. He earned 705 appearances with the club, scoring 290 goals for the black and white.