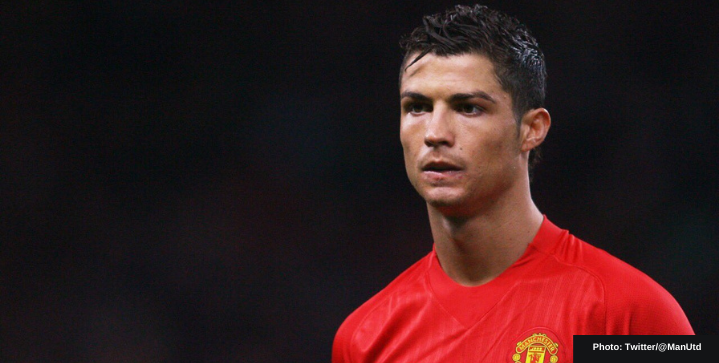 From Ronaldo to Thierry Henry in the early part of the decade to Lionel Messi and Cristiano Ronaldo, the 2000s introduced some prolific strikers each with their own unique style. Here are our top eleven from 2000 – 2010.

A rare combination of speed and power, Ronaldo aka O Fenômeno “The Phenomenon” shocked the world with unparalleled versatility and remarkable dribbling technique. With 177 caps and 104 goals for Los Blancos, the striker dominated his way to winning La Liga twice, along with a Supercopa de España and an Intercontinental Cup. Despite being bothered by injuries at Inter Milan in the first part of the decade, he still managed to score 59 goals in 99 games.

Gaining the reputation as one of Europe’s most feared strikers, The King of Arsenal Thierry Henry became the Premier League’s top goal-scorer in 4 different seasons, notching a prolific 32 goals and 23 assists in the 2002-03 season. He scored 39 goals the following year, leading the Gunners all the way to an unbeatable season. Considered the greatest Gunner of all-time, Henry won two league titles, three FA Cups, four Golden Boots, and five Player of the Year awards throughout his career. He also won the historic treble of Champions League, La Liga, and Copa del Rey in his second to last year with Barcelona.

Rejected by Real Madrid early in his career, the Cameroonian striker went on to have an illustrious career with Barcelona and Inter Milan in the first decade of the 21st century. At Barcelona, he scored a magnificent 130 goals in 199 games and won the Treble haul in the 2008/09 season: Champions League, La Liga, and Copa del Rey.

Considered one of the greatest Spanish players for all time for his ball control and knack for goal, Raul broke into the Real Madrid first team as a 17-year-old. The rest is history. He spent 16 years with Los Blancos, scoring 323 goals which ranks him fifth on the all-time scoring La Liga list behind Ronaldo and Messi. The 6-time La Liga Champion also starred in 3 Champions League wins and four Spanish Super Cups.

The Dutch striker Ruud van Nistelrooy seemed to rain goals for Manchester United during his time in the Premiership, scoring a whopping 150 goals in 219 fixtures. He led the Red Devils in goals from 2002 – 2005, along the way winning the Premier League and an FA Cup. He also finished as the Champions League top scorer three times. The prolific scoring Dutchman also bagged 64 goals in his 96 caps with Real Madrid. He was the team’s top scorer in the 2006-07 season. A two-time La Liga champion, he suffered unfortunate injuries in the latter half of his tenure for the club.

For someone nicknamed “El Guaje” or “the little kid,” the goals were big and plentiful. He scored 129 goals in his 225 appearances for Valencia from 2005 – 2010, topping with another 48 in 118 games at Barcelona, where he won Champions League and La Liga in 2011. David Villa remains Spain’s leading scorer, with 59 strikes in 97 national appearances. He served as the catalyst that drove Spain to its first World Cup victory in 2010.

Torching all opposition with his technique, spins, and speed, Lionel Messi has recorded scored a remarkable 400 goals (most ever in La Liga) for the Catalan side, in addition to dishing out 150 assists. He’s also tied in a record-setting 5 Ballon d’Ors and led the stripes to nine domestic league titles, six Copa Del Rey, and four champions league titles.