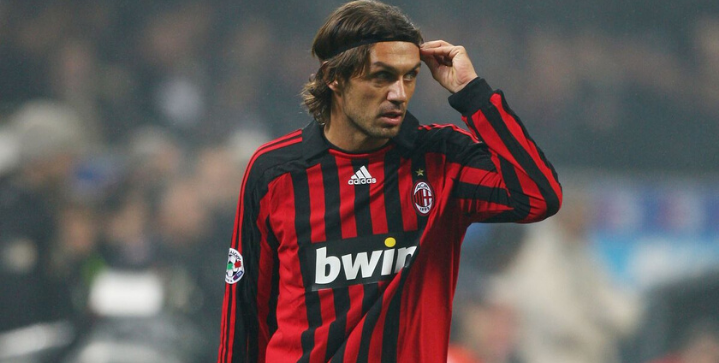 No goals, no problem. Defenders are some of the most selfless footballers of the world, the last stand against offensive attacks and the catalyst of many of their own team’s blitzes. Here are some of the best defenders of the 2000s.

An inspiring leader with a diligent work ethic, high back Carles Puyol captained the Barca side for a decade where he won six La Liga titles and three Champions League trophies. On a team of superstars, he may not have been the flashiest player, but he was the most committed. His winning attitude was contagious — he also helped steer Spain to the World Cup in 2010.

Criticized by Tottenham fans for his controversial move to crosstown rivals Arsenal in 2001, Sol Campbell developed into a cornerstone for the Gunner defense. The man Arsene Wenger often referred to as a ‘super rock,’ helped the club win the double in 2002 and played an important role on the side that went undefeated in the 2003-04 season.

Recognized for his speed on and off the ball, Lilian Thuram appeared in 204 matches with Juventus. The versatile French defender won the Serie A in his first season, and two more in the last two years of his five years in Turin. He also helped France to its first World Cup win in 1998 along with a UEFA European Championship and FIFA Confederations Cup in 2003.

The Brazilian right-back Dani Alves won 24 different trophies in his eight years at Nou Camp, including the treble in his first season. Recognized for his technical skills and pace, he’d add to his trophy collection a total of 3 Champions League titles, 6 League titles, 4 Spanish Cups, 5 Spanish Super Cups, and 4 UEFA Supercups.

One of the most consistent defenders of all-time, Paulo Maldini finished third for the Ballon d’Or twice, once in 1994 and a second time nine years later. The one-club Italian captained AC Milan to 5 Champions League trophies and seven league titles in 14 historic years with AC Milan. He also helped lead Italy to a World Cup victory in 2006.

A versatile full-back praised for his speed and pinpoint tackling, Philipp Lahm has played over 100 appearances for the German national team where the defenseman captained the side in the 2010 World Cup before winning the 2014 World Cup in Brazil.

He retired from international outings after the World Cup but went on to finish his 17-year career at Bayern Munich.

Considered one of the best ball-playing defenders, the dominant center-back Rio Ferdinand played 12 years at Manchester United. He won the Premier League in his first year with the club in 2003, earning a total of 6 Premier League titles. He also won Champions League in the 2007/08 season and earned 81 caps for England.

A student of the game, Fabio Cannavaro won two La Liga with Real Madrid and played an essential role in Italy’s five clean sheets on the way to a 2006 World Cup and subsequent Ballon d’Or. With 136 caps and 4 World Cups over 13 years with the Azzurri, Cannavaro cemented his legacy in Italian football.