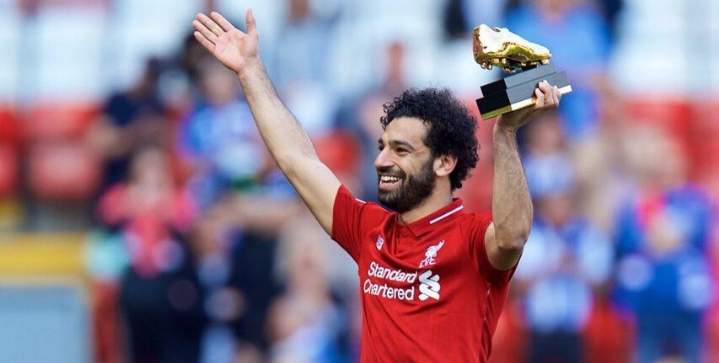 From Didier Drogba to Samuel Eto’o, there have been a lot of African players to make their stamp on the Premier League. Let’s take a look at some of the greatest ones of all time.

The highest-scoring African player ever to play in the Premier League, Didier Drogba scored 157 goals in 341 appearances for The Blues. He also helped Chelsea equalize in the 2012 Champions League final before scoring the winning penalty against Bayern Munich. The Ivorian scored consistently in the biggest competitions, 36 goals in Europe and a goal in four FA Cup finals. The twice Premier League Golden Boot also won three League Cups.

The Liverpool forward Mo Salah arguably enjoyed his best year during the 2017/18 season, setting a team record for most goals in a season (33) while winning all the honors for the best player in the Premiership. He finished third in the 2018 Best FIFA Men’s Player award and helped Liverpool finish Champions League runner-ups.

While the Cameroonian striker Samuel Eto’o won more silverware at his tenure with Barcelona and Inter Milan, he nonetheless flashed his essence of strength and genius in the Premier League in his one year with The Blues.

Nicknamed The Bison for his strong defending, the Ghanian Michael Essien played more than 250 games for Chelsea as a central midfielder. During his nine years at Stamford Bridge, he became known as a utility player that did it all. The selfless Ghanian hero helped Chelsea win the Premier League in 2006 and 2010, along with three FA Cups and a 2012 UEFA Champions League trophy.

The 2-time African Footballer of the Year and Ajax and Arsenal standout, Kanu appeared in three uneventful World Cups for Nigeria but won a Gold medal with his country along with some major titles at the club level. A winner of the Champions League with Ajax, he also earned two Premiership titles, a UEFA Cup, and two FA Cups. The giant striker employed an unorthodox style of play but demonstrated deep control of the football which led to a string of goals at the club and international level.

The Ivorian defender played for the Arsenal ‘Invincibles’ team that went undefeated in the 2003/04 season and won the FA Cup in 2003 and 2005 with a Champions League runners-up in 2006. Toure also played alongside his brother Yaya Toure for the Manchester City squad that won the Premier League in 2011. Most recently, Toure earned a Scottish Premiership league and Scottish League Cup with Celtic in 2017.

Cameroon right-back played seven years with the Gunners where he established himself as one of the premier defenders in the Premier League. He played a key role as one of the ‘Invincibles’ in Arsenal’s undefeated 2003/04 season. A three-time FA Cup winner, Lauren also played 24 games for Cameroon helping them win the Africa Cup of Nations in 2000 and 2002.

Perhaps one of the best bargains of the Premier League era, Riyad Mahrez signed for a mere £400,000 from French Division 2 Club Le Havre, where he scored 6 times in 3 years. In his first two years with the club, the Algerian winger helped Leicester City win the Championship and then the Premier League, where he earned Premiership player of the year in 2016. He signed with Manchester City for a club-record £60 million ($80 million).

Emmanuel Adebayor is the second-highest African scorer in Premier League with 97 goals. Strangely enough, the Togo International never won a trophy on any one of the English sides he played for including Arsenal, Tottenham, Manchester City, or Crystal Palace.

The Senegalese winger joined Liverpool for a £34 million transfer fee in 2016 after a successful stint at Southampton. His pace and playmaking ability is a constant threat to any defense, already scoring 37 goals in 84 of his club appearances and helping the Reds get all the way to the Champions League final in 2018.