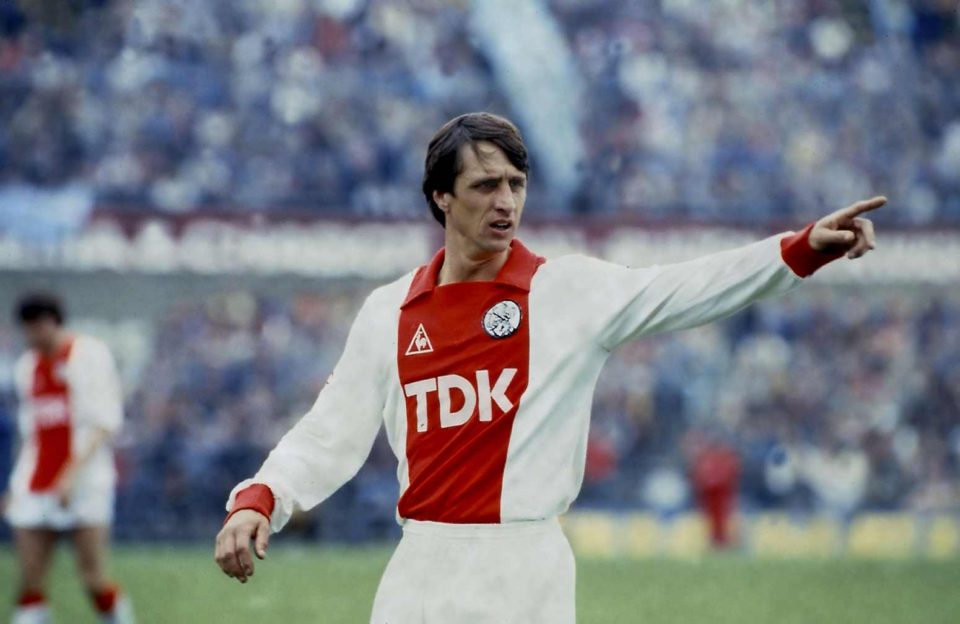 From the likes of Johan Cruyff to Frank Rijkaard, Ajax was an incubator of some of the world’s best talent. Let’s take at the list of some of the team’s top eleven players in the club’s history.

A prolific scorer in the Dutch league for four consecutive seasons, Marco van Basten netted 118 goals in 112 appearances. 37 of those goals came in the 1985-86 seasons when he earned the European Golden Boot. One of the most gifted strikers all-time, he scored the winning goal that won the UEFA Cup Winners’ Cup in 1987.

The versatile defensive midfielder spent 7.5 years with the club where he won five league titles and three KNVB Cups, Champions League and the Cup Winners’ Cup in 1987. The Amsterdam native adopted the intelligent tactics of his Dutch teammates and became a complete footballer following in the footsteps of Johan Cruyff.

The Finnish attacking midfielder played 7 seasons with Ajax, where he scored a whopping 91 domestic goals. With Van Gaal at the helm, Litmanen achieved 3 consecutive Dutch championships and won the Champions League in 1995, becoming a top scored in the Champions League the following year with 9 strikes to his name.

Considered one of the best footballers ever, the dynamic attacker Johann Cruyff left a legacy of the total footballer both as a player and coach during his time at Ajax. He played 365 games with the Ajax side where he won 8 domestic championships and 3 European Cups. He also coached the team to two KNVB Cups and the Cup Winners’ Cup.

Known as ‘Mr Ajax’ , the homegrown winger played a total of nearly 600 matches for the club, making him the most capped Ajax player of all-time. In his first year, he helped the club to its first title along with the league crown. He’d win the European Cup three consecutive three times from 1971 – 1973 in one of the greatest teams in history.

The Dutch legendary defender earned 339 caps at the club, a 12-year career that saw him clinch 8 Dutch league titles. Known as a tough tackler and tactician, Krol contributed to one of the greatest sides of all times that won the three European Championships of 1971, 1972, and 1973.

Donning the Ajax kit for 124 appearances over a 4-year spell with the club, Johan Neeskens was a box-to-box midfielder that helped usher in the total football that epitomized the Ajax side that won the three Championships between 1971 to 1973.

A 9-year player at the club, Edwin Van Der Sar played an important part of the 94/95 run onto the Champions League crown. An imperious presence, he won four Dutch league titles, three Dutch Cups, a one-time UEFA Cup and Supercup winner, Van Der Per puts hits name down as one of the most successful goalies of all time.

A right back with the propensity to run forward at any moment’s notice, Wim helped propel the Ajax team that dominated Europe in the 70s with 3 consecutive European Cups. He played nearly 400 games in his 13-year career, also earning the Dutch Championship 7 times along with four Dutch Cup wins.

The central defender played 11 years with Ajax under the tutelage of Louis Van Gaal where he won 5 Eredivisie titles, 3 Dutch cups, a UEFA Cup, and a Champions League trophy in the 94/95 season. He also coached Ajax in the 2005 season, winning the KNVB Cup.

The Top 11 Players for Boca Juniors