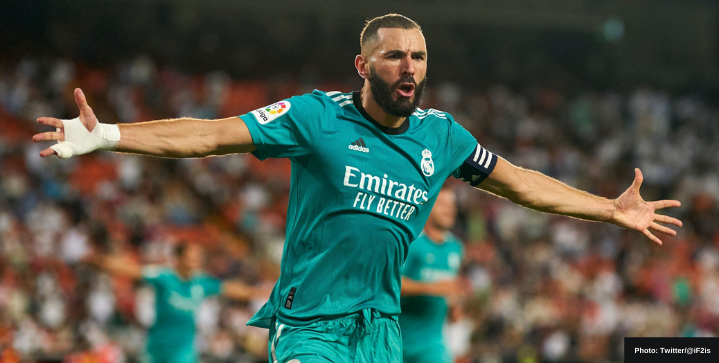 Karim Benzema is doubtful for this Sunday’s El Clasico with an injury blow to the instep of his right foot. He trained alone on Friday, spending the day recovering at the gym.

The Frenchman, who’s in the form of his life with 8 goals and 7 assists in just 9 La Liga games, will do his best to be available for the first Clasico of the season. He’ll also be desperate to star in one of the world’s most televised events — voting for the Ballon d’Or occurs a few hours after the match.

“For me, everything remains the same, this is still the best match that exists in football,” said Benzema upon the match at Camp Nou. “The players who are here, who left or who will join in the future, it doesn’t matter.”

Benzema became Madrid’s fourth-highest-all-time goalscorer when he struck his 290th goal against Shakhtar in the Champions League on Wednesday. Cristiano Ronaldo remains the club’s top scorer with 451 strikes.

33-year-old Benzema has stepped up in the absence of Ronaldo, becoming one of the game’s most consistent creators both in goals and assists. He’s tallied 103 goals and provided 38 assists in 168 games without CR7.

Now, the French international is one of the leading candidates for this year’s Ballon d’Or along with Robert Lewandowski, Mo Salah, Jorginho, Lionel Messi, and Ronaldo. Both Zidane and Ronaldo Nazario think Benzema deserves the elusive trophy. But even if Benzema nets a hat-trick on Sunday, he’ll need some good fortune to tip the voting his way.

“Benzema has changed, he’s now more of a leader and with a strong personality, on and off the pitch. We’re lucky to have him,” said Carlo Ancelotti ahead of the match at Camp Nou. “Ballon d’Or for Benzema? I don’t know if he will win it, it’s not up to him or us. He deserves it for what he did last season and what he is doing now.”