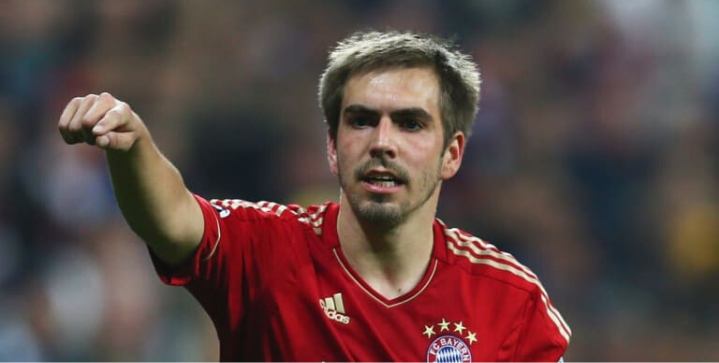 By far the best club team in Germany for decades, the 2010s were no different. Bayern Munich saw its fair share of star players walk through the Bavarians’ door.

Let’s take a look at the team’s top players from the last decade.

Regarded as one of the best goalkeepers ever, the physical and commanding Manuel Neuer rules the posts with imperious superiority. The German big man appears to be a new breed of goalkeeper that is not only a huge physical presence but can rush his lines and thwart offense attacks in a“sweeper-keeper” role. With five Bundesliga titles, a Champions League, a World Cup under his belt, not to mention a third-place finish in the Ballon d’Or in 2014, Neuer’s future still looks like a promising one.

The right-back played 17 seasons for the Bavaria side, captaining the side to its first Treble in 2012 with the Champions League, German League title, and DFB Cup under his belt. Known as a talented and judicious fullback — Pep Guardiola called him “perhaps the most intelligent player I have ever trained in my career.”

The tall and tough-tackling German center-back Jerome Boateng has been instrumental at the club level, winning the Bundesliga six times with Bayern Munich, including a Champions League in the 2012/13 season. He also played a vital role in the Germany side that won the 2014 World Cup.

The Spaniard Javi Martinez made an instant impact at Bayern Munich, where he moved from Athletic Bilbao for €40 million in 2012. The central defender played an integral role in Bayern’s treble-winning 2012/13 season, amassing the Bundesliga title, the DFB-Pokal, and Champions League.

The Austrian left-back David Alaba played a vital role in the team that won the treble in 2013 when he was also considered the best LB in the world.

With over 300 matches under his belt for the Bavarian giants, Alaba has won a remarkable 17 major honors. Now, he’s helping a 19-year-old Alphonso Davies become his potential successor.

With 8 Bundesliga titles to his name including a 2013 Champions League trophy, Bastian Schweinsteiger was one of the best midfielders in his prime. He could control the game for Bayern, inspiring the engine that drove and link players forward.

Said Bayern chairman Karl-Heinz Rummenigge on Xabi: “He was not the fastest, but the brightest and best strategist I’ve ever seen in midfield. A wonderful player who speaks four languages, fluent in German. A personality, a guy. Someone that I wish he would return to FC Bayern one day. A true gentleman.”

The Dutch footballer Arjen Robben has spent a bright nine seasons with Bayern Munich, capping off with an unforgettable 89-minute goal against Borussia Dortmund to win the Champions League in 2012. The attacking midfielder has scored over 100 goals for Bayern, powering Bayern to six Bundesliga titles, four DFB Cups and the Champions League treble.

Thomas Müller is a versatile player who excels in a variety of positions, one of them as forward. His 181 goals with the Bavarian side make him Bayern’s third most scoring player of all-time. He’s also one of the team’s most winningest footballers with seven Bundesliga titles, four DFB Pokals, and a Champions League trophy.

Robert Lewandowski has been a scoring machine in the Bundesliga. After scoring more than 100 goals for Borussia Dortmund, he signed for Bayern Munich in 2014 where he continued his prolific scoring record. After five years with the club, he’s netted 173 times in 217 matches. In addition to being fourth on Bayern Munich’s all-time scoring list — he also scored a world record five goals in nine minutes — his Bavarian honors include two Bundesliga titles, a DFB-Pokal, and a UEFA Champions League runner-up.