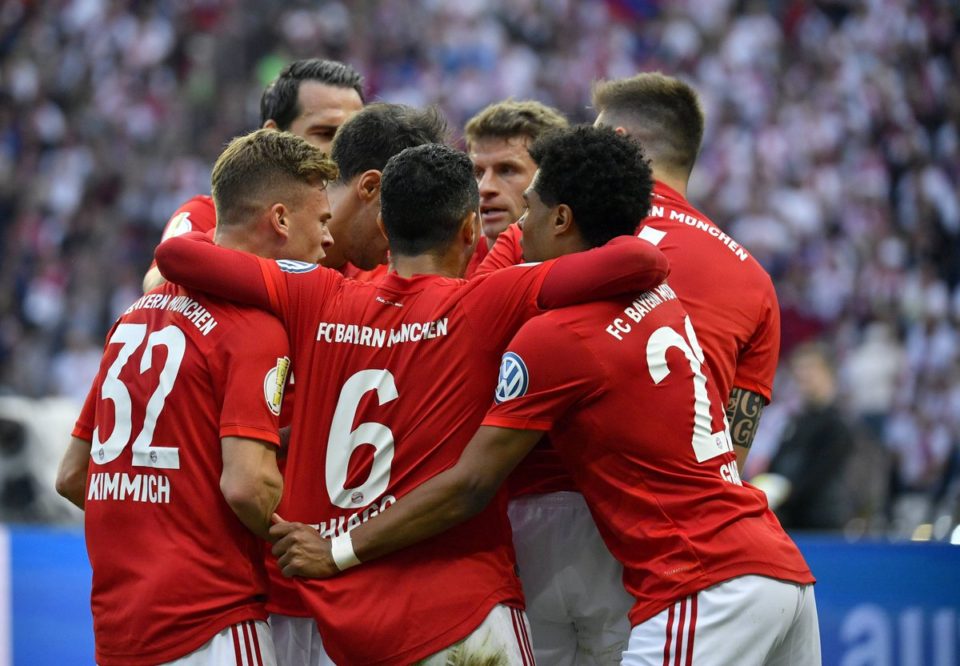 Bayern’s sharpshooter Robert Lewandowski scored a brace to bring his goal count to 38 in all competitions this season. The four-time top scorer of the Bundesliga now ranks third on the all-time Bayern scoring list with 191 strikes.

“I am very satisfied with the way we played well and won clearly,” Lewandowski said.

“We had the game under control and the second half we pushed a bit more and won the Cup. We gave everything for the double. At the end we can say that this season was very good for us.”

The German side will look a bit different next season, however, with long-time legendary streetballers Franck Ribery and Arjen Robben headed elsewhere. Management is hoping Manchester City’s Leroy Sane can at least help fill the departing Frenchman’s boots.

It’s safe to say that speculation over Niko Kovac’s job in his first season as head coach has been tabled for now. His contract expires in 2021. The 47-year-old Croatian becomes the first person to win both the double as a coach and former Bayern player.