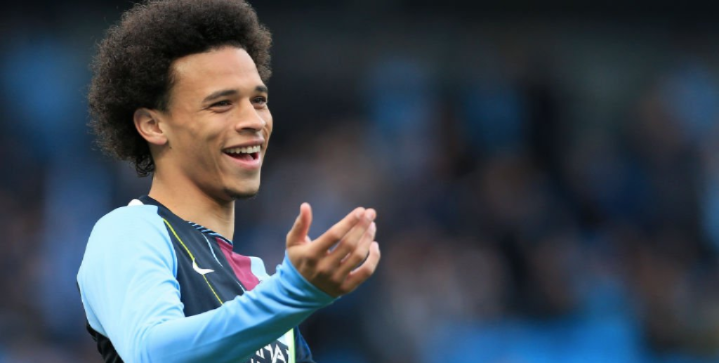 With Franck Ribery and Arjen Robben exiting Bayern Munich, the Bavarian side will be looking for solid reinforcements to replace them. And German compatriot Leroy Sane is on the top of the list.

“We will try. But I can’t promise whether it succeeds,” Bayern Munich chairman Karl-Heinz Rummenigge said on the pursuit of Sane. “We already had the idea of signing him when he was at Schalke. But we had no guaranteed starting XI spot for him as Ribery and Robben were still at their top.”

According to The Guardian, Bayern Munich made a £70m bid for the 23-year-old winger who’s been prolific when Pep Guardiola plays him.

Leroy Sané has provided more Premier League assists than any other player since the start of the 2017-18 season (25) and has 45 assists and 39 goals in all 132 appearances.

The former PFA Young Player of the Year, Sané must decide between staying a City benchwarmer or becoming the consistent starter at Bayern as he deserves. One thing is certain: City fans will be sad to see him go, as will Pep, ironically:

“He’s a guy we appreciate, I like him a lot. I think he can be better,” said Guardiola. “I’ve said that we want him to stay. That’s why he has an offer to extend his contract. It’s not in our hands. The offer is good – if he wants to leave, I’ll be sad. Hopefully, he stays.”

How Cristiano Ronaldo spends his millions

Leicester City unveil new away kits for the 2019/20 season