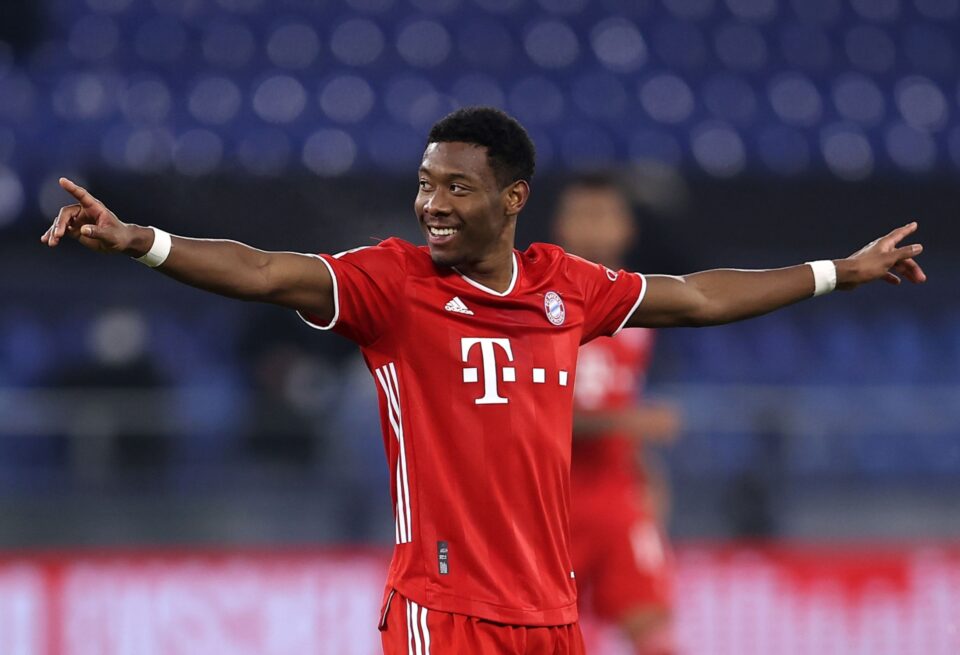 Bayern Munich defender David Alaba has agreed to join Real Madrid this summer on a 5-year deal. He’ll put pen to paper in a few weeks.

The 28-year-old’s contract with Bayern Munich expires at the end of the season. Bayern failed to meet the increased wages Alaba and his representatives were asking for.

According to Sport Bild, the Austrian is set to earn €12m per year with Madrid in addition to a €20-30 signing fee.

Why David Alaba is leaving

It’s been known for some time that Alaba needed a new challenge after thirteen seasons with the Bavarian giants where he’s won virtually everything, including two Champions League titles and nine Bundesliga titles.

The only question remained where he’d end up. Barcelona, Chelsea, Liverpool, and PSG took interest in the defender.

But it was clear that Real Madrid were the odds-on favorites for Alaba’s signature, even after the player decided to delay his future last January before speaking with Barcelona.

“Real Madrid are definitely a worthy club. There aren’t many steps you can take after Bayern Munich, but Real is not that bad,” added Kimmich.

What Alaba brings to Real Madrid

The much-experienced defender leaves no baggage or ill will behind at Bayern. He excelled to the end.

One of the most versatile footballers of this generation, Alaba can play effectively at both defense and midfield as Coach Hansi Flick illustrated this season.

It’s not clear where exactly Zidane will use Alaba — left back, center back, or defensive mid — but the player can fill any void. Don’t expect him to replace anyone in Madrid’s current backline. As Zidane admitted in January, signing Alaba “has nothing to do with Vazquez and Ramos‘ contract situations.”

Real Madrid are slated to take on Chelsea in the first leg of the Champions League semi-finals next Tuesday. However, club president Florentino Perez has yet to pull his team out of the European Super League, who along with Barcelona, are likely to be banned should they persist.