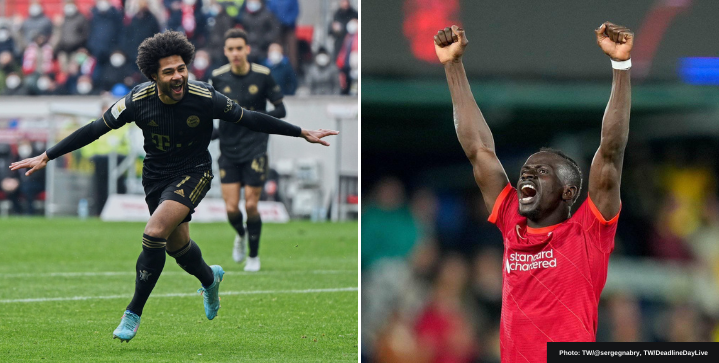 Bayern Munich are interested in signing Sadio Mane, according to Sky Germany.

The Senegalese winger is reportedly upset at Liverpool’s focus on renewing Mo Salah instead of him. Mane’s contract expires at the end of 2023, as does Salah’s. Salah has yet to commit to a new long-term contract as he wants at least £500k in weekly wages.

Negotiations over Mane’s contract have proven even more difficult.

A swap deal in the cards?

Bayern Munich’s sporting director Hasan Salihamidzic revealed that it would take some “creative ideas” to make the transfer happen.

Gnabry, 26, also has a contract set to expire in 2023. The right-winger previously played in the Premier League for Arsenal under Arsene Wenger. The German is in no rush to extend his contract with the Bavarian giants, who want to keep him, given interest from other clubs including Real Madrid.

Mane and Gnabry are two of the top ten wingers currently in world football.