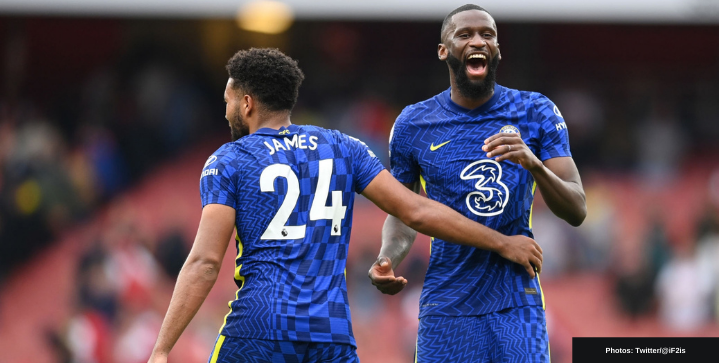 The Blues offered the 28-year-old center-back around £140k a week but the German is asking for more.

According to Fabrizio Romano, Chelsea are prioritizing new contracts before the end of the year. Andreas Christensen, Jorginho, and N’Golo Kanté are included on that list.

Rudiger turns a free agent at the end of this season with PSG, Real Madrid, and Bayern Munich also able to offer competitive salaries. All three sides have promised to double the player’s current wages.

With other European clubs swirling, Chelsea will be made to sweat if they refuse to meet Rudiger’s increased salary demands on what will be the player’s final big-money deal. Rudiger is playing it cautious, just like everybody else.

“The fact that I didn’t renew my contract when I was sitting in the stands is surely only logical for everyone,” Rudiger mentioned in an interview with SID.

“When I started playing regularly again, I wanted to wait and see how everything would develop here. As I had announced, after the long Champions League season and the European Championship, the first talks took place after I returned to training with Chelsea.

“So this is less than two months ago and for me this will be the most important decision of my professional career, so I won’t rush into anything. Personally, I haven’t spoken to any other club than Chelsea.”

Rudiger enjoyed a strong campaign last season with the arrival of Thomas Tuchel as a replacement for the sacked Frank Lampard. He also starred in yesterday’s Champions League group stage match against Zenit, at one point, nearly taking the ball down the field himself for an amazing solo goal.

Chelsea still won the match 1 nil thanks to a goal from Romelu Lukaku in the 69th minute.