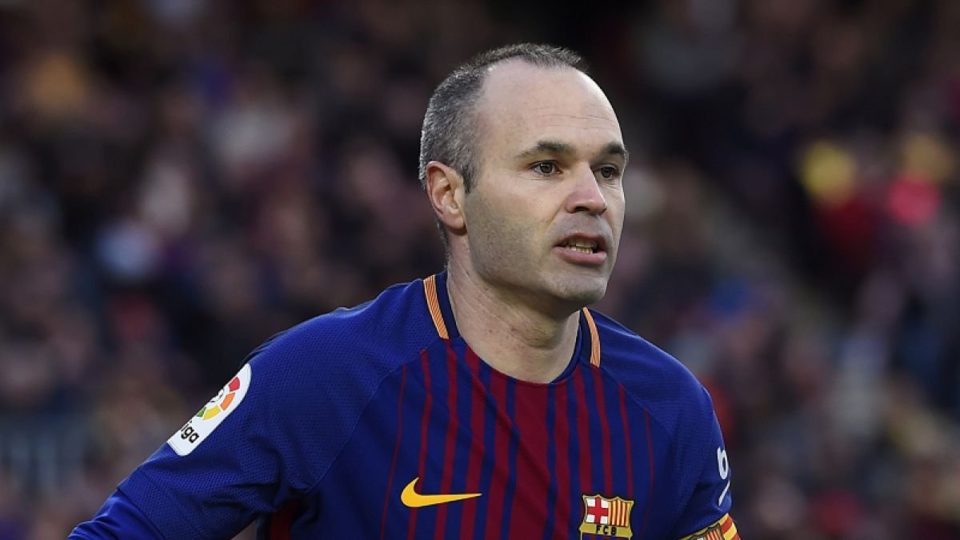 Consistently one of the top clubs in world football, Spanish giants FC Barcelona have hosted some of the world’s best talent — Lionel Messi is no exception.

The Blaugrana have also been blessed with an explosion of midfield talent over the past three decades — from Dutch mastermind Johan Cryuff to Brazilian legend Ronaldinho.

Here’s a list of top 10 greatest Barcelona midfielders of all-time.

Transferring to Barcelona for a then-record fee of $7.6 million, one of the greatest footballers ever had an unfortunate tenure at Barcelona. Maradona picked up a serious bout of hepatitis and then suffered a broken ankle in a match against Athletic Bilbao. He scored 38 goals in 58 games over two years before moving on to Napoli, grabbing a league title, a Spanish Cup, and a Spanish Super Cup.

Sold to Barcelona in 1973 for a then-record transfer fee of €2m, the speedy Dutch forward helped Barcelona win its first league triumph since 1960. He also won the European Footballer of the year, which he repeated the following year. He appeared in a total of 148 games for Barcelona, totaling 48 goals but more importantly influenced the modern game with his philosophy on the architecture and space on the field.

Not surprisingly, the mastermind of football is Barca’s winningest coach. From 1988 – 1996, he won the club’s first-ever European Cup, a Cup Winners Cup, four consecutive league titles, and one Copa Del Rey and European Super Cup, along with three Spanish Super Cups.

Known as one of Barcelona’s most versatile players ever, the creative midfielder Luis Enrique earned 300 caps with the Catalan side where he scored 109 goals. Before he coached the team in 2014 to the Treble, he had already won La Liga, a Copa del Rey, and a Spanish Super Cup as a player.

A deep-lying playmaker with excellent ball control and defensive anticipation, Sergio Busquets is a La Masia graduate who has become a staple for the current side. His ability to read the game combined with his pace has contributed to the team’s 3 Champions League titles, 7 La Liga titles, and 6 Spanish cups.

Following in the footsteps of fellow countryman Johan Cruyff, the Dutch midfielder Johan Neeskens joined the Barcelona side in 1974. He emerged as one of the original box-to-box midfielders, a tireless player who worked hard on both ends of the field. He won a Copa del Rey with the club in 1978 followed by a Cup Winners Cup in 1979.

Andrés Iniesta is often considered one of the greatest midfielders of all time. The versatile and inventive midfielder played an essential role in the Catalan side that won the treble in 2009 and 2015. His whopping 33 trophies over 16 years in the first team include 9 La Liga titles and 4 Champions League. He received runner-up to Messi in the 2010 Ballon d’Or.

The engine of the midfield, the ever-creative Xavi epitomized the short pass and move philosophy of the tiki-taka alongside teammates Iniesta and Busquets. In his 17 year spell for the Catalonia side, he won 8 Spanish titles, 6 Copa Del Rey, and 4 Champions League trophies.

Often considered one of the best to ever play the game, the gifted Brazilian dribbler known quite simply as Ronaldinho scored 70 goals for the Catalan side over five seasons. He remains the only player other than Maradona to have received a round of applause from Real Madrid at the Santiago Bernabéu. The smiling superstar won both a Ballon d’Or and FIFA World Player of the year after winning Champions League and second La Liga title 2005.