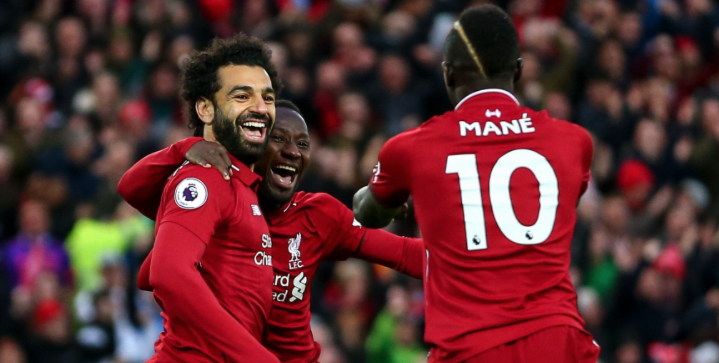 We are one day away from Europe’s two football heavyweights Barcelona and Liverpool going to head to head in the first leg of the Champions League semi-final. Here’s what to look for in what promises to be a tasty matchup.

Leg 1: Barcelona vs Liverpool (Wednesday, May 1)

How will The Reds stop the little magician Lionel Messi? That is the central question going through the heads of manager Jurgen Klopp and his Premier League Player of the Year, Virgil van Dyk.

Said Klopp after defeating Porto 4 – 1 on aggregate in the quarter-finals, “So many teams tried that but nobody really did it.”

It’ll have to be a team effort, assured van Dyk.

“I think he’s the best player in the world but we’ll see. It’s going to be a great match-up for all of us. It’s about doing it all together, it’s never one-v-one, it’s never just me against a particular striker.”

But just ask world-class defender Sergio Ramos, Messi is not the only threat on the Blaugrana side. Luis Suarez, Coutinho, and Ousmane Dembélé are all menacing attackers.

“It’s not only about Messi. Can we concentrate on Messi? We should, in some moments,” urged Klopp. “But then they have 10 world class players around who can decide the game. “Messi said before the season he wanted to bring back this cup. That sounded like a threat to me!”

What does Barcelona think of their opponents?

“We are talking about one of the best center-backs in the world. There is a lot of respect for him. He got the prize for the best player in the Premier League this season. Liverpool’s defense is very well organized, they don’t leave many spaces.”

”It will be very important to score and keep a clean sheet. We are confident and eager, the team is very switched on and now comes the most beautiful game.”

This is surely one of the strongest Liverpool sides in recent history. The Reds front-line is just as explosive as Barcelona’s with the likes of both Mohamed Salah and Sadio Mane to share the Premier League’s Golden Boot. Brazilian forward Roberto Firmino is also expected to be in the squad tomorrow after suffering a muscle injury.

Massive boost for #LFC with Roberto Firmino able to train at Melwood today. The only player to feature in all 38 European games under Klopp and looks like he’ll be okay for the 39th in the Nou Camp.

Said Barca coach Ernesto Valverde: “Liverpool are a very powerful team, who play with a great level of pressure and rhythm. They’ll be a very difficult opponent to beat. Our intention is to win, but we know the value of stopping them from scoring. We have to play two good matches.”

“The Camp Nou is no temple of football,” reiterated an unfazed Jurgen Klopp.

“It had to arrive at some point. You see the other teams who have a bad time when they play there and now we will experience it. Although of course we hope to play well.

If you play against Barcelona, you are certainly not favorites. This is a fantastic game for all football supporters.”

Get your popcorn ready ????

If anyone can put a pin in the talisman Lionel Messi, it’s Liverpool’s unpenetrable defense. Even more, the Reds can score heaps of goals too!

Prediction: The first leg will go 2 – 2 with all to play for at Anfield on Tuesday, May 7.