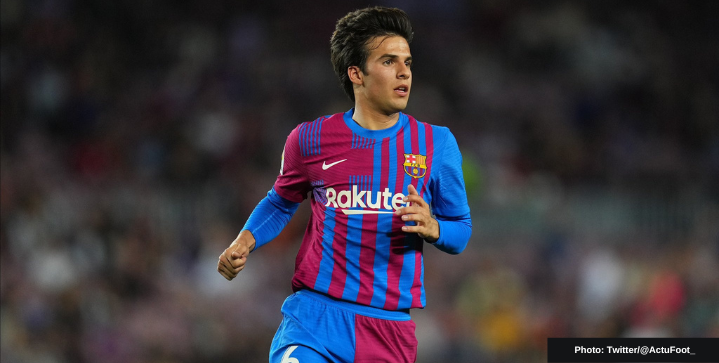 The Catalan giants can’t keep all their young talent.

22-year-old Barcelona star Riqui Puig will be one of the players released by Barcelona this summer.

As a nineteen-year-old, the Spanish playmaker once left Messi “astonished” after his outing for the Blaugrana. He’s only made 14 first-team appearances since his debut four years ago. With Barcelona’s strength in midfield, opportunities under new Barca head coach Xavi appear slimmer.

Puig’s quick rise and demotion are seen by many as the false hopes of Barcelona to depend on their younger talent over the last few years. It’s also a warning shot to the likes of teenage sensations Ansu Fati, Pedir, and Gavi that first-team promises can be short-lived.

With six new signings this summer amounting to €150m on Raphinha, Robert Lewandowski, and Jules Kounde plus Andreas Christensen and Franck Kessie on free transfers, Barcelona is showing that it wants to stop talking about the future and win trophies now.

Still only 22 and eager to play, it makes sense for Puig to go elsewhere. But to the MLS? The Galaxy have promised Puig that he’ll be one of the club’s franchise players even though the young Spaniard still desires to return to Europe in the future.

“Riqui Puig has not succeeded at Barça due to a lack of opportunities. I was surprised on hearing that he’s going to MLS. A few months ago a German team called me to enquire about Puig,” Catalan coach Gerard Lopez told Catalunya Radio.

An ever-so eager Barcelona has reportedly approved the accepted Galaxy’s proposal, with details now on the player’s side. Barca will also receive a percentage on any future sale of Puig.

The Blaugrana are also looking to offload Memphis Depay after a surplus of attacking options this season. Lewandowski would get the number 9 shirt.