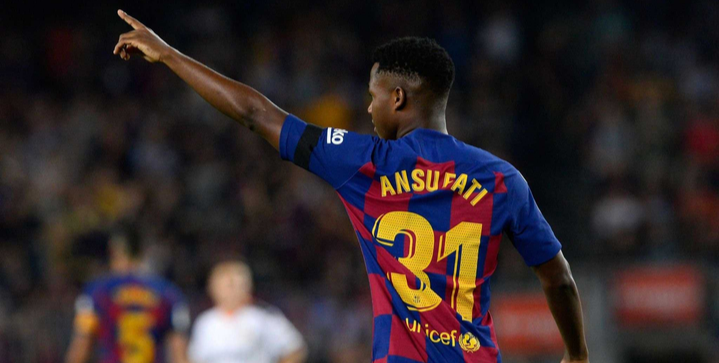 Barcelona teenager Ansu Fati has officially been cleared to play for Spain by FIFA.

The 16-year-old wonderkid was born in Guinea-Bissau but moved to Spain at the age of 10 to join the youth academy of Sevilla.

Despite Spain’s rush to get him nationalized in preparation for the U17 World Cup in Brazil, he will not be attending the tournament. All the focus is on his duties for the Catalan side. Barcelona face Madrid in the season’s first Clasico on October 26.

Will Fati go straight to the senior squad?

If his career at Barcelona is any precedent — Fati got a senior team call-up and skipped ‘Barca’s reserve team — he may very well bypass Spain’s U21 squad and play for the senior team.

If all goes to plan, he could even be in La Roja squad for the 2020 Euro tournament.

Fati became the youngest Barcelona player to play in La Liga match in 78 years in the team’s 5-2 win over Real Betis in August. Fati scored and assisted in his first start for Barcelona last month’s goal, also at Camp Nou.

He also became the third-youngest player ever to start in Barca’s Champions League match against Borussia Dortmund.

“Ansu Fati is a player with great talent. He is very comfortable with ball. He has a great future ahead of him,” said teammate Frenkie de Jong.

Needless to stay, the future is bright for Fati at both the club and international level.