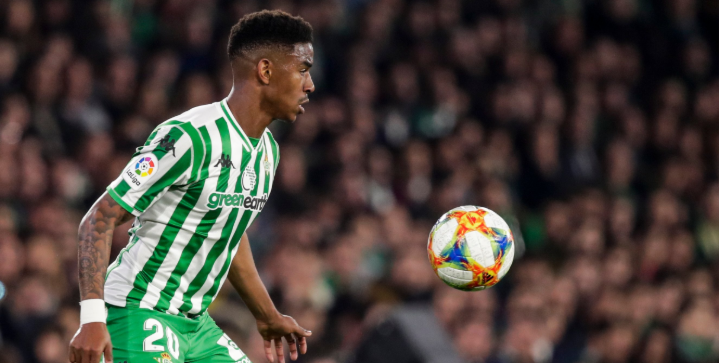 Barcelona have completed the signing of 22-year-old left-back Junior Firpo from Real Betis for 18 million euros plus 12 million euros in add ons.

Born in the Dominican Republic, Firpo moved to Spain at age six where he grew up playing for local teams Atlético Benamiel and Puerto Malagueño before making his way up through the youth academy at Real Betis.

Firpo appeared in 29 games last season for Real Betis where he operated as a wing-back on the left side of the pitch. Jordi Alba, now Firpo’s competition at Barcelona, was the only defender to make more touches than Firpo in the opposition box (97).

Barcelona hopes that their new pacy signature will force the 30-year-old Alba to step up his game following last year’s Champions League capitulation at Anfield. Firpo is not expected to take Alba’s starting role but offers Ernesto Valverde another capable option that also links up well with his teammates.

A return to England? Wayne Rooney in talks with Derby County over player-coach role