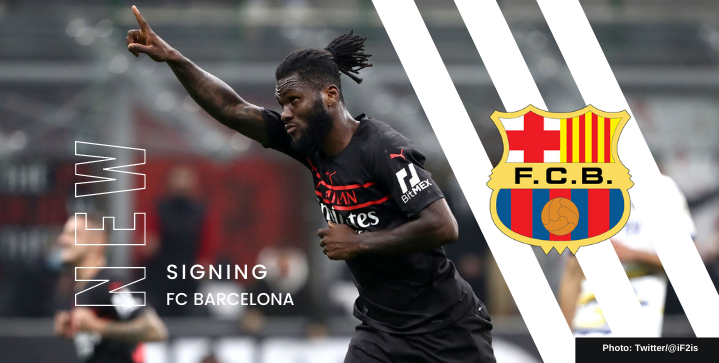 Barcelona continue to bolster their squad with another pivotal player.

AC Milan central midfielder Franck Kessié has reportedly agreed with Barcelona to join them in the summer on a free transfer.

The 25-year-old Ivorian will sign a €6.5 million per season contract with Xavi’s side until June 2026. He’ll also receive a €500k bonus, according to transfer expert Fabrizio Romano.

Kessie is a superior dribbler and passer who makes a solid addition to Barcelona’s growing crop of young midfielders: De Jong, Pedri, Gavi, and Nico. But Kessie, along with veteran Sergio Busquets, also adds more experience and physicality to the center of the field.

Kessi earned plaudits as AC Milan’s player of the season last year for scoring 13 goals and assisting 6. But this, his fifth season at the San Siro, he’s bagged 14 goals, tying Kaka for the most goals for a midfielder since 2008. He’s also second on AC Milan with 21 clean tackles.

Barcelona have yet another gem on their hands. They are also working on signing Leeds United ace Raphinha as a potential replacement for Ousmane Dembele.