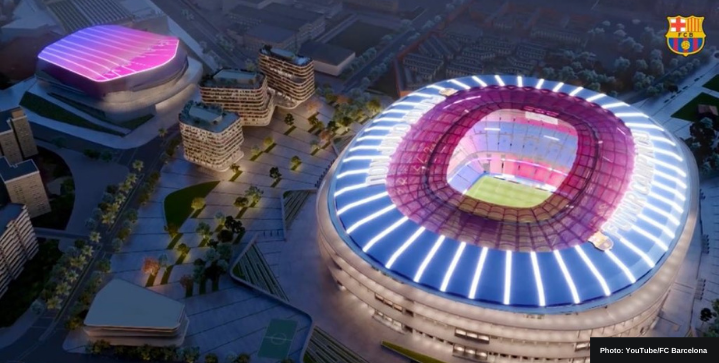 FC Barcelona have unveiled the official design of the renovated Camp Nou.

The project, named Espai Barca, intends to give the original 1957 stadium a facelift and expand seating to 110,000.

The construction expects to cost €900m and be completed by 2025, with funds supported by the recent loan from Goldman Sachs.

According to the promotional video teased out by the club, the future of Camp Nou includes expanded seating, creating more space for partners, a 360° screen of the ‘bowl,’ 5G connectivity, renovated locker rooms, and a venue powered by solar panels for energy sustainability.

Nou Camp officially reopened for the first time in 19 months just yesterday for their 3-1 victory against Valencia. But the struggling Catalans only filled up half of their stadium with a showing of 47,317 fans.

The team hosts Dynamo Kyiv in the Group Stage of the Champions League on Wednesday night before hosting the first El Clasico of the year on Sunday.

Given the magnitude of the next two matches, the club can hope for a better home turnout.