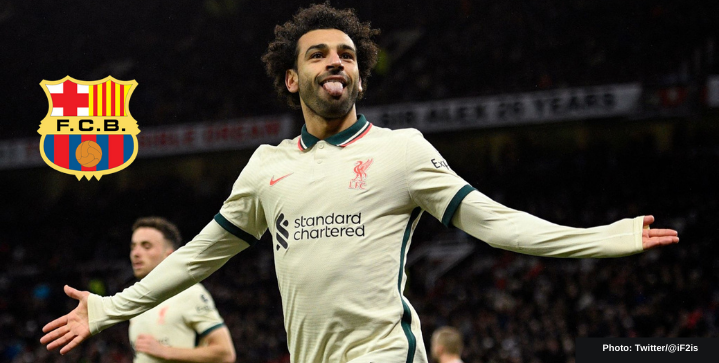 Barcelona are prepared to go “all in to bring” Mo Salah to Camp Nou should they fail to land Erling Haaland this summer. That’s according to the Spanish media outlet Diario AS.

Haaland, also linked with a move to Real Madrid and Manchester City, is said to decide his future by the end of April. The cash-strapped Catalan giants will go all out for Mohamed Salah if they can’t afford to bring the Norwegian striker to Camp Nou.

Barcelona would pay around €80m – €90m in transfer fees to snatch Salah from Liverpool. The right winger’s contract runs until the summer of 2023.

Xavi thinks that Salah has a lot of football left in him despite his age.

Barcelona are also interested in signing Robert Lewandowski as a third option should the pursuit of Salah collapse.

Do you think Salah would be an ideal replacement for Messi at Barcelona?