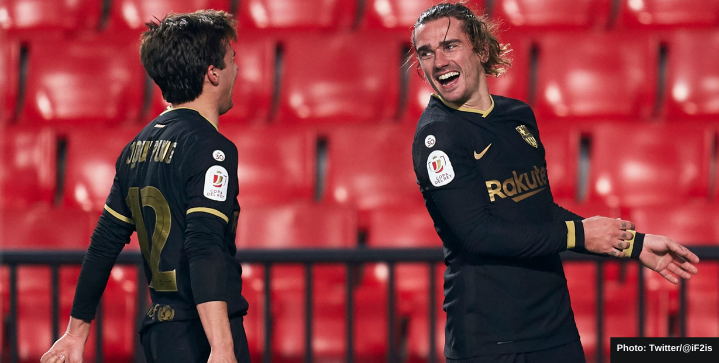 Chelsea want to bring France international Antoine Griezmann in on loan from Barcelona, according to Sky Sports.

The French international is on the exit ramp at Barcelona. The Catalan giants are solely focused on funding the extension of Lionel Messi’s contract.

Griezmann, who makes €881k a week, offers Barcelona its best chance to generate the funds required to nail down Messi and get the club’s balance sheet back in order. Barcelona are €1bn in debt and 40% over their La Liga wage cap.

Atletico Madrid are actively pursuing Griezmann as well. The forward left Diego Simeone’s side for Barcelona two summers ago for €120 million.

While Griezmann struggled in his first season at Camp Nou, the World Cup winner returned to form this past season. He scored 20 goals and provided 13 assists in all competitions. He also fired home the first goal in Barcelona’s 4 nil against to win the 2021 Copa Del Rey final.

Clearly, Simeone still rates his former attacker and wants him back. But Barcelona may still see more market value in selling or loaning Griezmann to a club in England or Italy. They also want to avoid another Luis Suarez experience, who Barcelona let go and subsequently fired Atletico to the La Liga title last season.

Where do you think Griezmann should play next season? Let us know on Facebook.