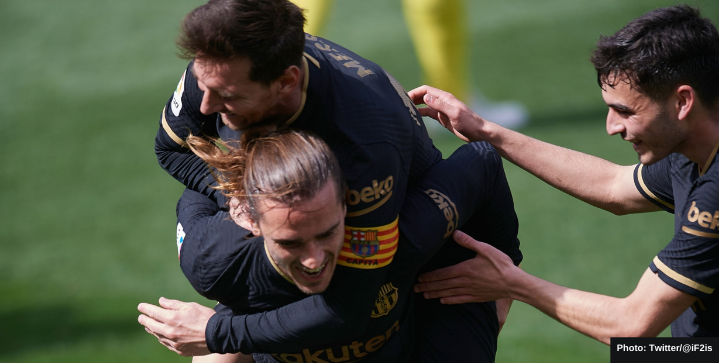 Barcelona are open to selling Antoine Griezmann this summer to help balance the club’s finances. They are €1bn in debt and 40% over their La Liga wage cap.

Retaining Lionel Messi is the club’s number one priority, with negotiations continuing to be hammered out over the free agent at Camp Nou.

Barcelona believe that Griezmann, who makes a whopping sum of €881k a week, offers the club its best chance to generate the funds required to renew Messi’s contract and restabilize the wage budget. Chelsea are rumored to be one of the potential destinations Barcelona could offload Griezmann.

Manchester City are also said to be interested in signing Griezmann if their pursuit of Harry Kane falls short.

Barcelona signed Griezmann for €120 million from Atletico Madrid just two seasons ago. In addition to his astronomical salary and transfer fee, the signings of free agents Memphis Depay and Sergio Aguero this summer present a role challenge for Griezmann.

Of course, the reverse is also true. Should Messi deny a new contract at Barca and jet elsewhere, the club will organize its attack around Griezmann.

The 30-year-Frenchman is currently under fire over a 2019 video showing the star mocking Asian staff while on tour with Barcelona in Japan.