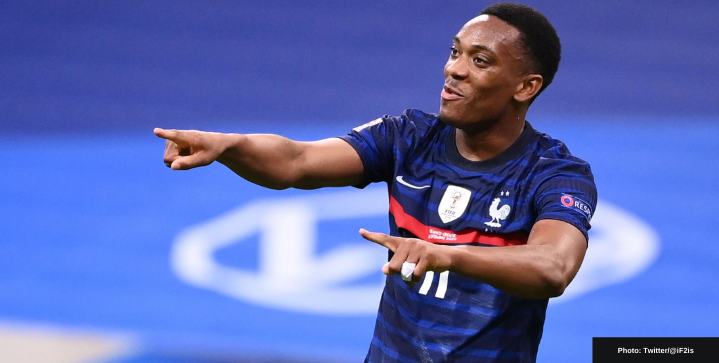 Barcelona are moving toward bringing Anthony Martial to the club after missing out on Alvaro Morata, according to Sport.

Man United interim manager Ralf Rangnick has allowed the French forward to explore options elsewhere. Martial has netted 79 times and provided 50 assists in 278 appearances for United but has only scored once this season.

The rise of Mason Greenwood and the dependability of veteran strikers Edinson Cavani and Cristiano Ronaldo have limited Martial’s game time.

Martial’s to get a fresh start at Camp Nou?

Barcelona are looking to bolster an attack that recently added £55 million signing Ferran Torres to the mix. But even if a 6-month loan deal to the Catalan giants falls through, the 26-year-old Martial still has a lot to prove given the high price tag — the player is said to be valued at 40 million Euros.

Manchester United are likely to reject the deal, for the same reasons they denied Sevilla’s request for Martial on an initial loan bid. The Red Devils want an agreement that includes an option to buy plus a salary split on Martial’s £150,000-a-week wages. Juventus have also held talks with United and preparing an offer to take Martial on loan until the end of the season, with an option to buy.

The French international is obviously not enjoying his time at Old Trafford and Xavi’s side could offer him a fresh start. Martial also fits nicely into Barcelona’s system, with the potential to strengthen the team’s ball retention in the final 3rd.

Barca fans, would you like to see Anthony Martial at Camp Nou?