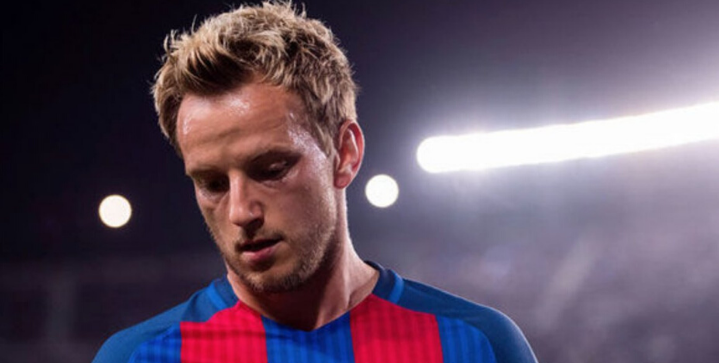 Barcelona are preparing to sell Ivan Rakitic in the January transfer window, according to the Evening Standard.

The Croatian midfielder has lost his place in the starting lineup at Barcelona. With Arthur, De Jong, and Vidal all in good form, the 31-year-old Rakitic has only played 255 minutes in 10 matches in all competitions.

“I feel sad, the ball has been taken away from me,” Rakitic revealed in an interview with Movistar+. “I understand and respect the decisions of the coach or club or whatever, but I think I have given a lot in these five years, and I feel at my best..”

“I respect the manager and club’s decisions. But I think that I have given a lot in the five and a bit years I have been here and what I want is to continue enjoying it,” he added.

Where to next for Rakitic?

Both Juventus and Inter Milan are rumored to be interested in the midfielder. But Rakitic won’t be leaving Camp Nou on a free transfer.

Barcelona have stamped a transfer fee of €40m for the Croat, who’s contract ends in 2021.

Barcelona have already rejected an offer from a Premier League club who pitched half the amount. However, La Liga challengers Atletico Madrid would be willing to meet that price.

Barcelona sporting director Eric Abidal reiterated Rakitic’s imminent exit saying that “Rakitic knows that he’s no longer in our plans.” Rakitic decided to stay at Barcelona to fight for his spot after De Jong arrived over the summer.

“I’m convinced De Jong is not coming for my position, because it’s occupied,” said Rakitic back in May.

Rakitic is currently injured after suffering inflammation in the Achilles’ tendon. He sat out Croatia’s match against Slovakia last week.

Where do you want to see Rakitic play next? Leave is a reply on Twitter.