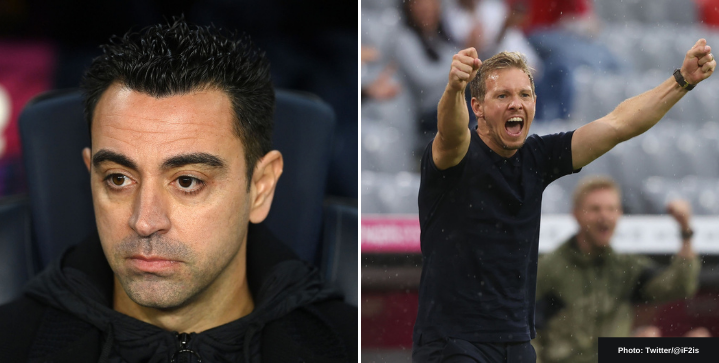 Barcelona need a crucial win tomorrow against Bayern Munich if they’re to guarantee a move out of Group E and into to the Champions League round of 16.

A loss (and Benfica win/tie) puts the Blaugrana in the Europa League, marking their exit from the Champions League group stage for the first time in 21 years.

“We want to get revenge,” said Barcelona forward Memphis Depay ahead of the clash. The Catalan giants have conceded 11 goals and scored just twice against Bayern Munich in their last two matches.

Added Gerrard Pique: “Bayern are going to compete to win, but it is a game to reaffirm ourselves. It is true that the last two games against this rival have not worked out, but that’s a thing of the past.”

Bayern are said to be without starters Leon Goretzka, Joshua Kimmich and Serge Gnabry for the game. And while the Bavarian side have already clinched Round of 16 by earning 15 points in the group, that won’t stop Bayern boss Julian Nagelsmann from resting his best players.

“We will play with our best team available. Greetings to Benfica, don’t worry,” said Nagelsmann in today’s press conference.

If Barcelona fail to beat Bayern, then their luck rests on Benfica’s loss or tie to Dynamo Kyiv.

Barcelona fans, how likely is it that your club can win tomorrow against Bayern to qualify for the Champions League knockout stages?

Barcelona fans, how likely is it that your club can win tomorrow against Bayern to qualify for the Champions League knockout stages?