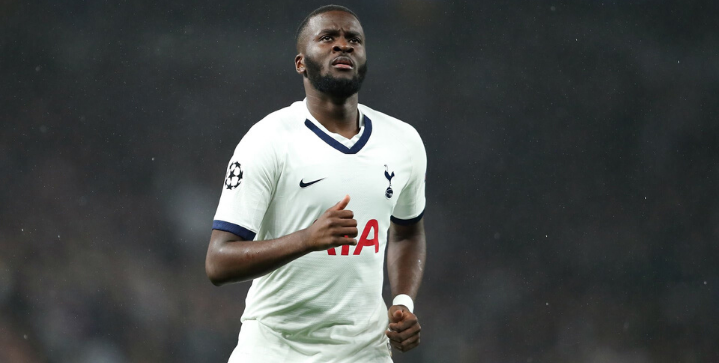 According to Sky Sports News, Barcelona want to sign Tanguy Ndombele and have offered Samuel Umtiti and Nelson Semedo to Tottenham in the club’s attempt of striking a part-exchange deal.

The midfielder has endured a difficult first Premier League season after Tottenham broke the transfer record to sign the Frenchman for $68 million.

Spurs boss Jose Mourinho has even shown tough love for the new signing by dropping him midway through the season.

“I’m not going to run away and I have to say that Tanguy had enough time to come to a different level,” said Mourinho at the time.

Ndombele and Mourinho were spotted practicing outdoors last week despite the country’s lockdown order due to the coronavirus pandemic.

With teams expected to be in a financial crunch this summer, the transfer window should see more swap exchanges than usual.

Given all other Barcelona’s transfer targets including Lautaro Martinez and Neymar, the club is offering up players instead.

Meanwhile, Spurs are also looking to bolster their midfield and hope to snatch up Barcelona midfielder Arthur.

The midfield maestro has been out of place ever since the arrival of Dutch starlet Frenkie de Jong. However, The Brazilian has a contract with the Blaugrana until 2024 and has expressed his reticence to leave Camp Nou.

Spurs have also not yet made a formal request on a possible exchange for the two players.

Other sources have stated Mourinho still has full intentions to keep Ndombele with the hopes that the Portuguese boss can turn the club record’s signing’s career around.

Despite Ndombele’s troubled relationship with Mourinho, do you think he’ll stay or go? If the latter, who’s getting the better end of the deal on Barcelona’s proposed swap? Tell us on Facebook.👇