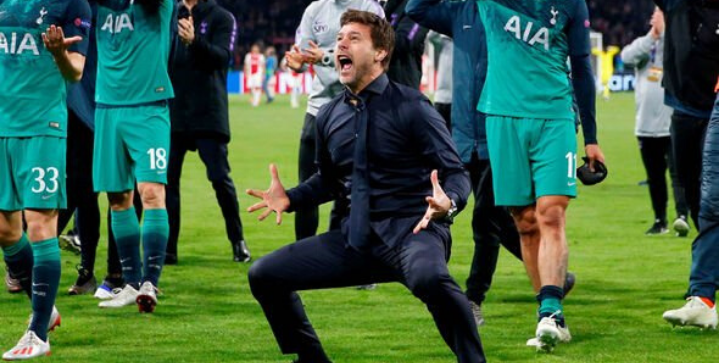 Rumors are already swirling around Mauricio Pochettino’s next destination after Tottenham sacked the Argentine yesterday evening.

Poch has no shortage of suitors looking to pick up the talented 47-year-old. He led the North London club into the top four of the Premier League in four of his five seasons. He’s also achieved the most wins by a Spurs manager in the post-war era (159) while guiding the team to its first-ever Champions League final.

Here are five clubs that may be interesting in hiring him.

Pochettino previously stated that he had no interest in coaching Barcelona and fellow compatriot Lionel Messi because of his dedication to Espanyol. Pochettino played for and coached the cross-city rival.

“It is more than understood [that I will never take over at FCB],” Pochettino told MARCA during last year’s Champions League group phase. “My path and that of Barcelona are different, opposite directions. Coaching there would be impossible.”

However, the Catalan side may come knocking sooner rather than later. Ernesto Valverde is still in the hot seat over his future role with the club after capitulating to Liverpool in last year’s Champions League semi-finals. No matter how much the board back Valverde, the Blaugrana faithful feel it’s only a matter of time.

While Ed Woodward continues to back Ole at Manchester United, Pochettino’s availability may add pressure to the Norwegian’s future at the club.

The Red Devils decided to hire Solksjaer over Pochettino after axing Jose Mourinho in December 2018. But Ole has produced a mixed bag of results since his job became permanent, with the team currently just two points ahead of Tottenham in the Premier League table.

With United linked to Solksjaer’s former Molde player and teenage sensation Erling Haaland in the January transfer window, the club may very well wait until the end of the season to make any managerial changes.

Real Madrid wanted to hire Pochettino upon Zidane’s exit in 2018 but the Argentine manager professed his loyalty to the Spurs project. This time around, Zidane is hanging on by a thread during his second stint in charge.

Tied with Barcelona in La Liga and second in their group table in Champions League, Zidane’s squad appears to be gaining momentum. However, a trophyless season will certainly see Zidane’s sacking and prompt a call for Pochettino’s services.

The Bavarian giants sacked a struggling Niko Kovac after a 5-1 defeat at Eintracht Frankfurt in early November. According to Bayern Strikes, interim boss Hans-Dieter Flick will see the job out until the winter break.

However, outlet Bild has reported that Bayern will let Hansi-Flick see out the entire season while appointing Pochettino next summer so the Argentine can brush up on his German.

With Pep Guardiola dismissing rumors of departing Manchester City for a return to Munich, Pochettino moves up the shortlist for the position at Bundesliga’s most prized club.

With the 2022 World Cup in a few year’s time, Pochettino may eventually be tempted by the lure of international football. The Argentina Football Association could do no better than to hire a homegrown coach that likes to develop players and play attacking football.

Pochettino could be the key to unlocking Messi’s dream of bringing Argentina another World Cup trophy. However, it’s more likely that the two (Messi and Poch) will lift silverware together at Camp Nou first.