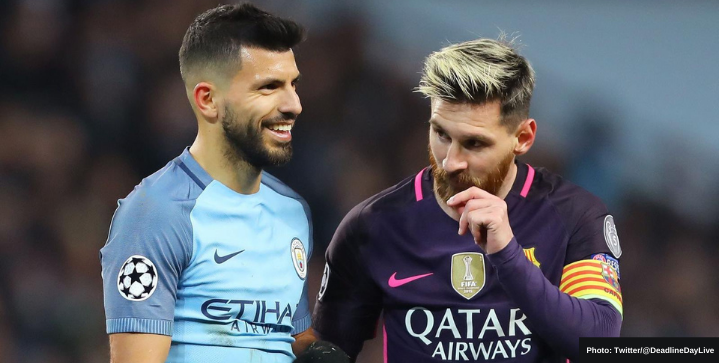 Barcelona have made a formal offer to Manchester City striker Sergio Aguero for next season.

According to Mundodeportivo, Aguero’s agent has informed newly elected Barcelona president Joan Laporta of the player’s intention to play at Camp Nou next season. Aguero also wants to line up alongside friend and international teammate Lionel Messi.

The Argentine will have to take a pay cut but has asked for a signing bonus in return since it will be a free transfer. The Blaugrana are also keeping on tabs on Arsenal striker Alexandre Lacazette as an Aguero alternative.

Arguably City’s best player ever, Aguero has scored a whopping 256 goals and pitched in 73 assists over a decade with the club. His iconic Premier League winning-goal in 2012 deserves its place in Manchester City folklore.

Guardiola: No decision on Aguero contract until summer

The sun appears to be setting on Aguero’s career at the Etihad. The 32-year-old has barely come off the bench in the Cityzens last few games after recovering from coronavirus in February. He’s also getting back into form after picking up a row of injuries early on in the campaign.

City boss Pep Guardiola rather wait until the end of the season to make his final decision.

“For the human being, as a person, as what he is, even as a player, of course,” said Guardiola.

“But we have to see what happens at the end of the season. We cannot forget how long he was out. Now we start to get him better.

“I know he needs minutes to get to his best condition but we are not maybe in the moment that you can give minutes [for the sake of giving] minutes.

Guardiola’s team is closing in on yet another Premier League title this season.

Despite slipping up against the Red Devils last weekend, the Cityzens retain a 14 point lead after defeating Southhampton 5-2 earlier today.