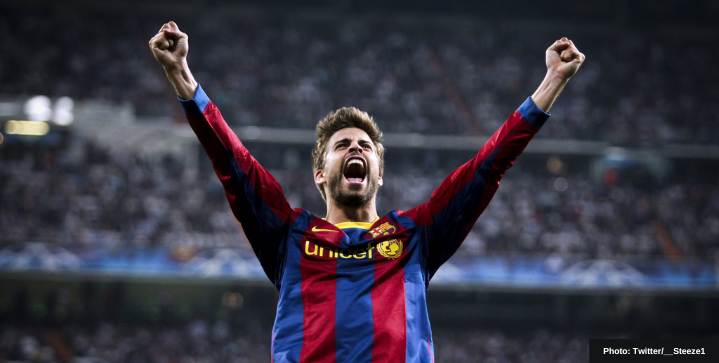 Gerard Pique has announced that he will retire from football this weekend after Barcelona takes on Almeria at the Nou Camp.

It’s been a rough year for the 35-year-old defender, who’s struggled both on and off the pitch.

Xavi benched him from the start of the season; he got caught cheating on Shakira and subsequently divorced, then Barcelona tried to haunt the Spaniard by making Shakira the club’s next shirt sponsor.

“I’ve always said that there would not be any other team after Barça. And that’s how it will be. But sooner or later, I’ll be back at Barça!” announced Pique on social media.

He will play his final game at Camp Nou this Saturday.

The good news is that Pique retires as a club legend and one of the club’s best defenders of all time. The La Masia graduate returned to Barcelona from Manchester United in 2008 to go on and play 15 seasons, a remarkable 666 games, with the Blaugrana including a key role as part of one of the best teams of all time under Pep Guardiola.

He’s also one of the club’s most decorated players, notching 34 career trophies, including three Champions League titles with Barca, eight La Liga titles, seven Spanish Cups, and at the international level, a World Cup and European Championship for Spain.

He won a Premier League and Champions League title with Manchester United to boot.

Pique won’t be taking it easy, of course. He runs his own TV production company, Kosmos, and is expecting his third child with his new girlfriend, Clara.

Is Pique’s exit the start of a new chapter for Barcelona? Alba, Busquets, and Sergi Roberto could be on their way out next.