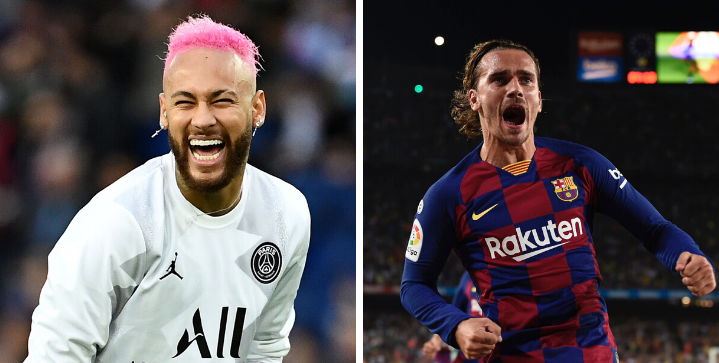 The ongoing transfer saga over Neymar continues with the latest rumor that Barcelona want to swap the Frenchman for their former Brazilian star.

According to Sky Sports, the Catalan side have set a price tag of €100m on Griezmann regardless of whether PSG or the player wants to pursue the part quid pro quo deal involving Neymar.

Too soon to sell Griezmann?

Barcelona were expecting more from their €120 million French striker despite his contributions of 14 goals and 4 assists in 37 games at Camp Nou. Barcelona also stand first in La Liga table, up two points on arch-rivals Real Madrid.

But Barcelona have been obsessed in reuniting Neymar with the deadly attacking trio that includes Lionel Messi and Luis Suarez, the so-called ‘MSN.’

While it may be too soon to sell Griezmann just after one year with the club, the financial pressure caused by the COVID-19 outbreak is causing every club to rethink their balance sheets.

Barca captain Lionel Messi announced a couple of days ago that he’d take a 70% pay cut to help out the club’s staff during the pandemic. Messi has also been pressuring the Barcelona board to bring the 28-year-old Neymar back to the squad.

Should any deal for Neymar go through, Barcelona will need to offer additional cash to make up for the difference in transfer values between the two players. Barcelona could also add in a couple of other incentives — Rakitic, Todibo, and a loan for Dembele were pitched to PSG in Barcelona’s failed bid to bring Neymar back last summer.