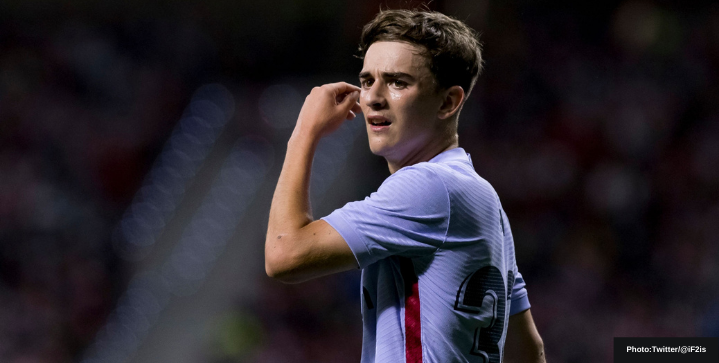 Barcelona knows they have an emerging gem on its hands. The Blaugrana are eager to upgrade Gavi’s contract at Camp Nou by offering the teenager a five-year contract extension.

The new terms plan to include a whopping release clause of €1 billion, setting the youngster on par with Pedri and Ansu Fati who recently signed similar deals.

Gavi also wants to remain at Camp Nou at all costs.

17-year-old Gavi earned the Man of the Match for his spectacular performance against Sweden in a World Cup qualifier last Sunday. His slick dribbling — he completed five — and defensive contributions helped La Roja win 1-nil and reserve their place at the World Cup in Qatar next year.

The Spanish fans serenaded the youngster by chanting his name. After the match, Spain’s head coach Luis Enrique said “Gavi was born to play football.”

Gavi, a La Masia product, and Pedri are likely to be at the core of Xavi’s midfield for many years. It’s astounding to think that newly re-signed player Dani Alves is older than both of them combined.

Barcelona is currently benefiting from a wealth of midfielders right now that could see 24-year-old Frenkie de Jong offloaded this summer. The Dutchman still offers the Blaugrana plenty of attacking flair. Only time will tell which of these stars will run Barca’s midfield during Xavi’s reign.