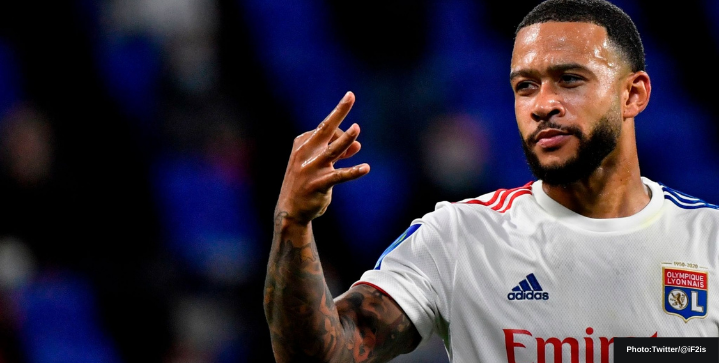 Memphis Depay and Barcelona have reached an agreement on a contract until June 2024.

The Catalan giants are keen to finalize the deal as soon as possible, given Gini Wijnaldum’s last-minute u-turn to PSG.

The deal intends to keep Depay at Camp Nou for at least three years with the possibility of an extension later on, according to Marca. The player’s salary is yet to be confirmed but is said to include performance-related bonuses similar to Sergio Aguero’s contract.

Aguero also joined Barca this summer as a free agent.

Depay, currently with the Netherlands for the start of their European Championship campaign on Sunday, has been in good form for the national side. He’s scored 7 goals and provided 3 assists in his last 7 games for the Dutch.

Depay is also coming off a stellar year at Lyon, notching the second-highest goalscorer tally in Ligue 1 this season with 20 goals while also delivering 12 assists. He gives Koeman’s flexibility, as Depay can play both on the wing and as central forward, potentially creating more space for Lionel Messi.

It’s unclear what kind of picture Depay’s arrival paints for the futures of Ousmane Dembele and Antoine Griezmann. The club is in a financial crunch and will likely be forced to offload one of their wingers to support the summer spending spree.

Do you think Depay is a smart signing for Barcelona? Let us know on Facebook.