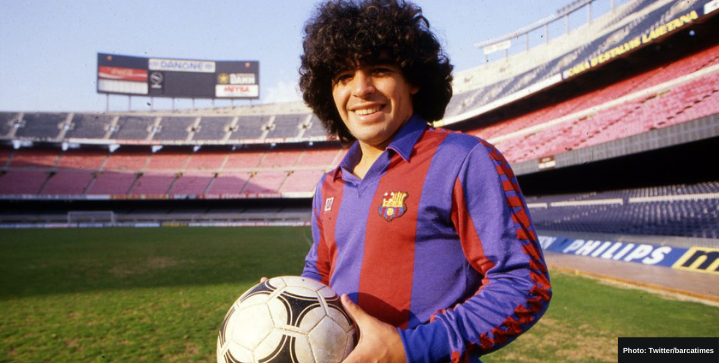 Barcelona and Boca Juniors will meet in the ‘Maradona Cup’ in Riyadh, Saudi Arabia, on December 14.

The match, a friendly, will honor the memory of Diego Maradona, who passed away November 25 last year.

The La Liga giants announced the forthcoming even in a club press release:

“On December 14, FC Barcelona and Club Atlético Boca Juniors will be meeting in what is being called the Maradona Cup, a friendly to honor the memory of the great Diego Armando Maradona just over a year after his death.

The venue is Mrsool Park, in the Saudi Arabian capital of Riyadh, which holds 25,000 spectators. Barça and Boca are, of course, two of the clubs that enjoyed the services of Maradona, regarded as one of the greatest players ever to grace the game, who passed away last 25 November 2020.”

Match organizers originally planned the commemorative game at La Bombonera or Camp Nou. It’s not clear why Saudi Arabia was selected as the host nor have the organizers explained why Napoli, who Maradona led to its first Serie A title, is not participating in any way.

UEFA and CONMEBOL are also working on a friendly between Italy and Argentina — the new champions of Europe and South America — to celebrate the life of Diego Maradona.