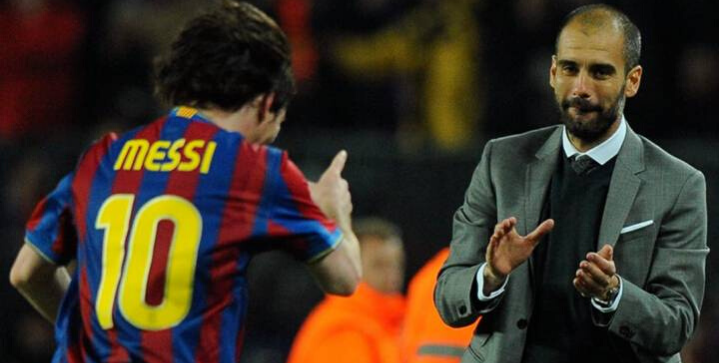 Barcelona president Josep Bartomeu has opened the door for Pep Guardiola to return to Camp Nou.

“It doesn’t depend on me. It was Pep who decided to leave, but the door will always be open for him at Barca,” Bartomeu told La Repubblica.

Manchester City look unlikely to repeat as Premier League champions for the third consecutive year. The Citizens lost 2-1 to Manchester United over the weekend and sit third in the Premier League table.

After spending £140 million on fresh talent over the summer, Guardiola’s side now 14 points behind league leaders Liverpool who spent nothing. This season’s 32 points are also Guardiola’s worst point return after the first 16 matches of a season in his managerial career.

A flustered Guardiola appeared to throw in the towel on club’s title’s chances in his post-match conference after the Manchester Derby.

“That is the level we face against Liverpool, Manchester United, Barcelona, Real Madrid, Juventus. They are the teams we have to face and the reality is maybe we are not able now to compete with them.

“Maybe we need to live that as a club to improve, to accept the reality now and improve.”

Can Bartomeu woo Guardiola back to Spain?

According to The Athletic, Manchester City are preparing for the Catalan’s departure this summer although he’s contracted until 2021.

Guardiola has never managed any club for more than four years. This year will be his last chance to lead Manchester City to Champions League glory. He won Champions League twice with Barcelona during his four-year tenure, along with three La Liga titles and two League cups.

Ever the opportunist, Bartomeu is going on a charm offensive to set up his club’s potential manager next season. This season will most certainly be Ernesto Valverde’s last should he fail to lead the Catalan side to Champions League glory.

The prospect of a Guardiola-Messi reunion and the return of tika-taka to Camp Nou will give Barcelona fans plenty to talk about the rest of the season.