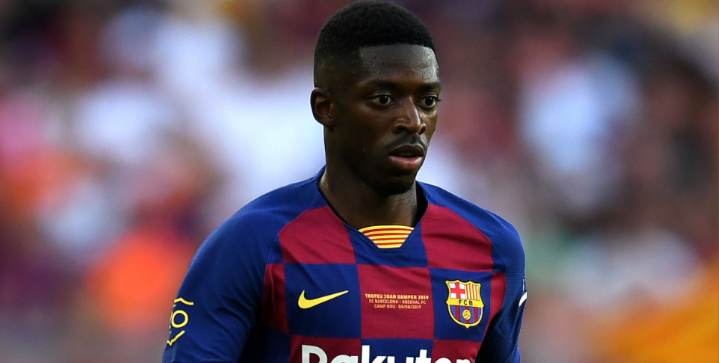 According to ESPN, Barca are willing to reconsider their approach to exclude starlet Ousmane Dembele from the transfer negotiations over Neymar.

The 22-year old Frenchman tore his left hamstring in Barcelona’s one-nil La La season opener against Athletic. However, he hid the injury from Barca doctors until he returned from practice the following week. He now faces a club fine.

Is Dembele’s time up at Barcelona?

The latest incident isn’t the first time the player proved recalcitrant. Dembele’s developed a reputation for a bad attitude while also ignoring the team’s orders for following a strict diet.

Given Dembele’s disciplinary issues, it is no wonder that Barca may offer Dembele in the Blaugrana’s third offer for Neymar after the first two pitches were rejected. Philippe Coutinho is also officially off the table, having finalized a loan deal to Bayern Munich last week.

Barcelona signed Dembele for €105 million in 2017 from Borussia Dortmund. A move to PSG would see him reunite with former coach Thomas Tuchel.

In the meantime, Real Madrid are also monitoring the Neymar situation but Zidane remains wary of an offer.